Though this was a slow moving week for cars, we did have a couple of launches and the first look at the Kwid facelift 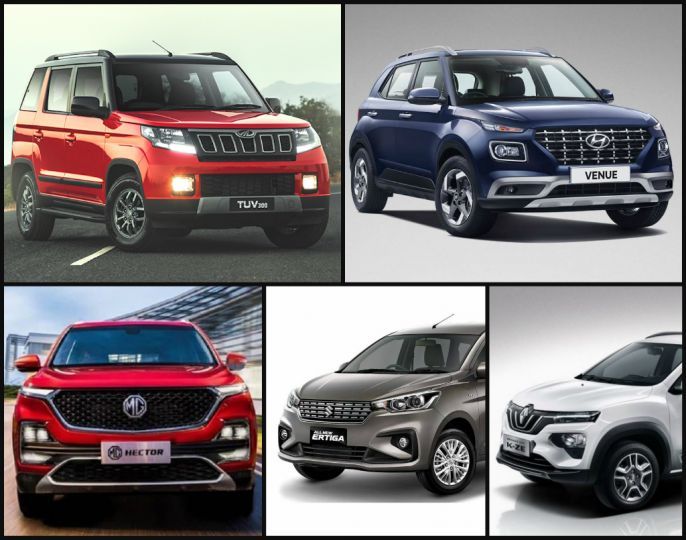 The first week of May did see a few important developments in the Indian automotive space. Mahindra introduced the TUV300 facelift, while the Maruti Ertiga received the new 1.5-litre diesel engine. Hyundai opened official bookings for the Venue and you can book one online too. Last week, we also got to know when the MG Hector will be unveiled. Also, the Kwid facelift was spotted for the first time and it's trying to look like its all-electric cousin.

Mahindra’s TUV300 gets a Midlife Facelift

Mahindra has launched the TUV300 facelift at Rs 8.38 lakh (ex-showroom, Delhi). First launched in India in 2015, the TUV300 gets a host of cosmetic changes, new safety features and a new optional variant. However, the lower-spec mHawk80 variant and the AMT is no longer on sale now. The SUV is still powered by the 1.5-litre diesel engine as before, producing 100PS and 240Nm. More on the facelift here.

Hyundai Venue Official Bookings Open; Can Be Booked Online Too

Bookings for the Hyundai Venue sub-4m SUV have started officially for a token amount of Rs 21,000. It can also be booked online on Hyundai’s website and the delivery can be taken from your preferred dealership, in just a day. In fact, the baby Creta has garnered 2000 bookings already. The Venue will be available in 5 variants and 10 colour options. Variant lineup and more details here.

Maruti Suzuki has plonked the bigger 1.5-litre DDiS 225 diesel engine in the Ertiga. While its 1.3-litre diesel variants continue to be on sale till stocks last, the future of the 1.5-litre diesel is not too long either. It will be discontinued before April 2020 when the BS6 norms come into effect. The 1.5-litre DDiS 225 diesel engine, borrowed from the Ciaz, makes 5PS and 25Nm more than the Fiat-sourced 1.3-litre diesel. For more details, check out the full story here.

MG Hector India Unveil on May 15; Launch in June

MG Motor has confirmed that the SUV will make its India debut on May 15. The Hector has been spotted testing multiple times in the country without camouflage. An official unveil, however, will give a more conclusive insight into the features and details. The Hector will be a connected SUV and will come with an embedded eSIM and a massive touchscreen infotainment display. It even gets an all-digital instrument cluster. More details here.

On sale in the country since 2015, the Kwid is now gearing up for its first major facelift. From the spy pic, we now know that it will be borrowing elements from the all-electric Kwid (K-ZE) that was revealed at the 2019 Shanghai Motor Show. And that should make it quite a looker. More details here.