MG Hector India Unveil On May 15; Launch In June 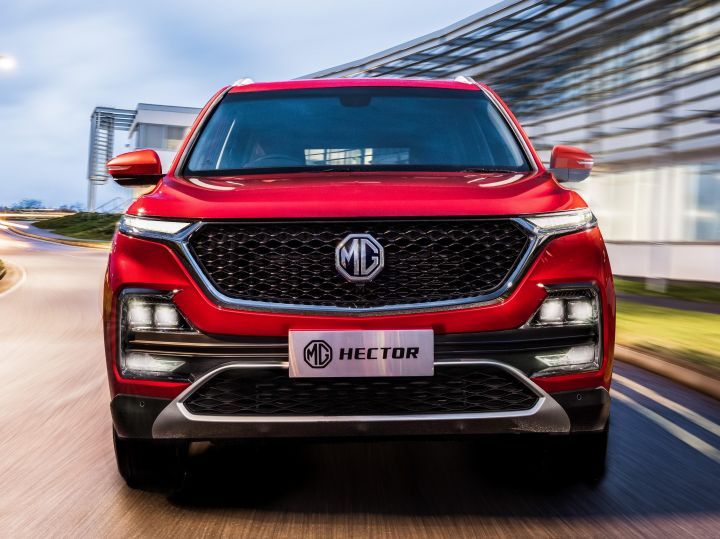 MG Motor has confirmed that the highly anticipated debut of its upcoming Hector SUV will happen on May 15. The SUV has been spotted testing multiple times in the country without camouflage, but an official unveil will definitely give a more conclusive insight into the features and details. Like the Venue, the Hector too will be a connected SUV with an embedded eSIM and a massive touchscreen infotainment display. It even gets an all-digital instrument cluster as well.

The Hector is a fairly large SUV and looks like a premium offering in the spy images as well. Up front, you get a split-headlamp setup with the DRLs at the top and quad-headlamp elements in the bumpers. The fog lamps underline the headlamps and get a chrome surround for the entire unit. You also get dual-tone, multi-spoke alloy wheels and an electrically operated tailgate with LED taillamps.

Inside the Hector, there’s a 10.4-inch touchscreen running the iSMART system. This runs on an in-car Android-based OS with 4G connectivity. The system also supports Android Auto and Apple CarPlay connectivity and gets a Gaana and Accuweather premium account for free. It enables the SUV to pack features like voice commands for vehicle controls like sunroof and climate control. You can also get real-time traffic updates, tyre pressure monitoring system, climate control and weather updates on the big screen itself. There’s also a 360-degree camera to easily squeeze your Hector into tight parking spots. Other convenience features include auto day/night IRVM, a 7-inch fully digital instrument cluster and a large sunroof.

The MG Hector will be powered by a Fiat-sourced 2.0-litre Multijet diesel engine. If this sounds familiar, it’s because the same has been used in the Compass in a 173PS/350Nm state of tune and in the Harrier in a 140PS/350Nm tune. The Hector diesel will only be available with a 6-speed manual transmission, at least at the time of the launch. If you want an automatic, a DCT will be offered with the 1.5-litre turbocharged petrol motor with an expected output of 143PS and 250Nm.

The Hector will decide how MG is received by Indian car buyers, and hence, keeping the price competitive is extremely important. We expect the Hector to be priced from Rs 15 lakh to Rs 20 lakh (ex-showroom). This will be a sweet spot to rival the likes of the Jeep Compass, Hyundai Tucson and the Tata Harrier once it’s launched in the county.