Mahindra’s TUV300 Gets A Midlife Facelift

The compact SUV gets a new variant and is dearer by Rs 5000 to Rs 12,000 depending upon the variant 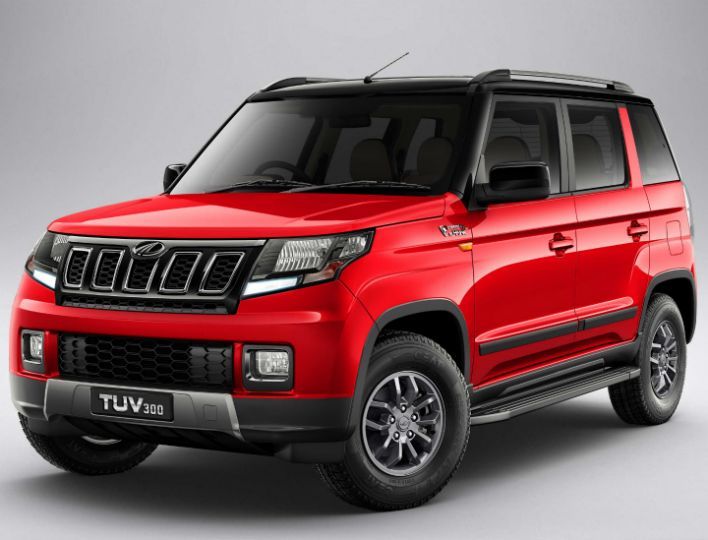 Mahindra has launched an updated version of the TUV300 in India with prices starting at Rs 8.38 lakh. The TUV300, pitched by Mahindra as a compact SUV, was first launched in India in 2015. It now features a host of cosmetic changes, new safety kit and a new optional variant. Let’s see what all the changes are:

Mechanically, there are no changes and the compact SUV use the same mHawk100 1.5-litre three-cylinder diesel engine making 101PS and 240Nm of torque mated to a 5-speed manual. However, the mHawk80 variant, which runs  a lower state of tune from the same 1.5-litre diesel engine( 85PS/230Nm) has now been discontinued along with the 5-speed AMT. There are also two new colours on offer -- Highway Red & Mystic Copper -- along with the normal colour that include Red-Black, Silver-Black, Bold Black, Majestic Silver and Pearl White colours. There is also a new variant T10 (O), along with other variants like T4+, T6+, T8 and T10. The optional pack will come with leatherette seats and lumbar support.

From the price chart, you can see that the difference in pricing is in the range of Rs 5,000 to Rs 12,000 depending upon the variants. The T10 and T10 Dual Tone, though, are priced similarly at Rs 9.90 lakh and Rs 10.13 lakh ( ex-showroom, Mumbai). The T10(0) is the new variant, which comes with a price tag of Rs 10.17 lakh and Rs 10.41 lakh( ex-showroom, Mumbai). Now with the extra premium, the TUV300 gets better safety features on all variants, revamped looks and updated interiors, without really burning a major hole in the pocket.

This is the very first time that Mahindra has updated the compact SUV in a span of 4 years. The TUV has also found 1 lakh homes during this period. There are hardly any rivals for the TUV300 as such, given its tall and boxy SUV styling. However, in terms of price, it goes up against other sub 4-metre SUVs such as Ford Ecosport and Honda WR-V. It also overlaps the prices of the recently launched Mahindra XUV300, which is a much more feature-loaded proposition from Mahindra in the segment.  Honda’s WR-V can be compared to the TUV but in terms of specifications and pricing, it sits below the TUV300.