The 2018 MINI Countryman Is Bolder Than Ever

BMW India has launched the second-gen SUV at a starting price of Rs 34.90 lakh 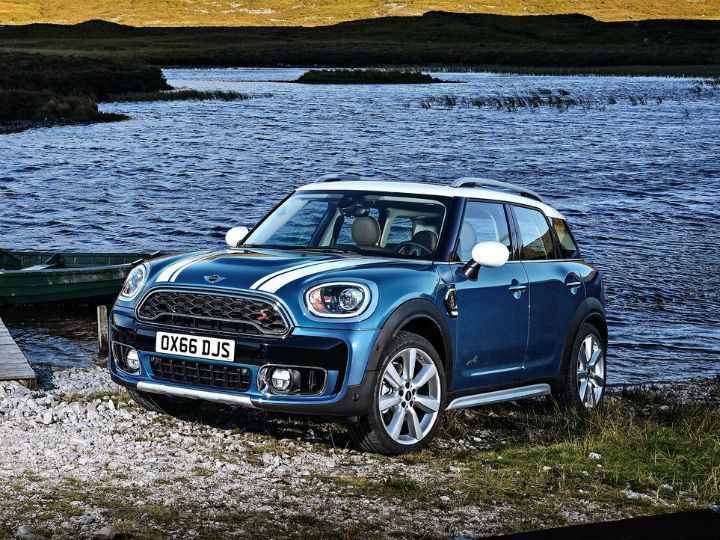 BMW India has launched the 2018 MINI Countryman in the country at Rs 34.90 lakh. The second generation of the SUV, which was first showcased at the 2018 Auto Expo, shares its platform with the BMW X1 and is the largest car produced by the iconic brand. The original Countryman was launched way back in 2010 and was the first MINI to be locally assembled in India. Here are the prices (ex-showroom) of each variant:

Available in three variants - S, SD and S John Cooper Works - the second-gen SUV gets a number of design changes, including a more squared-off stance and new LED DRLs. The wheel arches are more pronounced in the new version and add to the butch look of the SUV. At the rear, the changes are quite subtle with the changes being reserved to the Countryman man badging across the bootlid and the tail lamp graphics. The 2018 MINI Countryman is 200mm longer and 30mm wider than its predecessor, and MINI has even extended the wheelbase by 75mm to free up more cabin space. The boot volume has increased by 100 litres and is now rated at 450 litres, which should be more than adequate for weekend trips.

The new Countryman now comes with features such as keyless entry, a panoramic glass roof, rearview camera and rear parking sensors. Along with the new interiors, the SUV also gets a 6.5-inch or 8.8-inch touchscreen infotainment system, cruise control, park assist, a head-up display and sliding rear seats. The cabin design is like any other car from MINI, complete with round door handle cutouts and ‘Eye of Sauron’ placement of the infotainment display. Being a MINI, there’s an extensive list of accessories and gadgets to spruce up your Countryman.

Under the bonnet, the new Countryman gets two engine options - a 2.0-litre petrol that produces 192PS of power and 280Nm of torque and a 2.0-litre diesel that churns out 190PS and 400Nm. An 8-speed automatic transmission comes as standard and the Countryman is also available with MINI’s ALL4 all-wheel drive system. The petrol-powered version does the 0-100kmph sprint in 7.5 seconds and a top speed of 225kmph. The diesel SUV, on the other hand, accomplishes it in 7.7 seconds before topping out at 220kmph.

The 2018 MINI Countryman goes up against other premium SUVs such as the Mercedes-Benz GLA, Audi Q3 and the BMW X1.