Sportscars, served with a big ol’ slice of heritage. Just how we like ‘em! Here’s a walk down memory lane 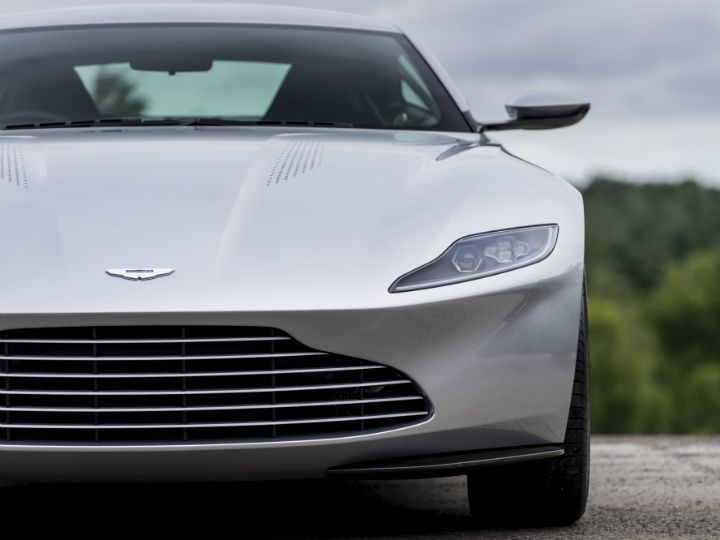 Sir David Brown might’ve sold off the Aston Martin marquee back in the 1970, but sportscars that roll out of Gaydon continue to wear the “DB” badge with pride. And why not. Brown has quite a bit of history himself. He’s known to have built his own car when he was merely 17 years old. Christened the “DavBro”, the car featured a hand-built 1.5-litre, straight-eight engine.

The One That Started It All

The first vehicle to roll out under DB’s leadership was already under development when he bought the company. It was based on Aston Martin’s “Atom” prototype and featured a 2.0-litre, four-cylinder engine that developed 90PS of power. While that might not sound like much, it could propel the car upto 150kmph. Quite a lot considering this is 1948 we’re talking about. Aston Martin sold a total of 15 units of the DB1.

Trivia: The DB1 was never called the DB1 to begin with. It was called the 2.0-litre Sports, because of the engine. It was only when the DB2 was introduced in 1950 that the car was dubbed “DB1”.

Soon after acquiring Aston Martin, Sir Brown also acquired Lagonda, mainly to lay hands on its 2.6-litre, straight-six engine. The motor, designed by W.O Bentley, went on to power the DB2. A pre-production prototype raced at the 24 Hours Of Le Mans, only to retire after six laps due to an overheating water pump. The DB2 was available as a coupe and a drophead coupe, and then spawned the DB2/4 - a 2+2 seater grand tourer. It also debuted the 2.9-litre, straight-six engine for Aston Martin which developed a respectable 140PS of power. In 1957, the DB2/4 Mk3 was introduced. This car is often confused to be the DB3. It wasn’t, although James Bond’s popular Goldfinger comic book calls it one.

Come 1958, the DB4 broke cover. And good lord, did it cause a stir. It looked like nothing else there was, and formed the base for the stunning DB4 GT and the DB4 Zagato. The 2.9-litre engine was dumped in favour of a brand new 3.7-litre straight-six that developed 240PS of power. The GT of course was known for its cracker performance. The motor featured extensive modifications, including a revised head and higher compression ratios, enabling it to produce a whopping 302PS of power. The GT held the record for the fastest road-legal production car, by clocking a top speed of 243kmph.

Trivia: Wondering where’s the DB3? Well, only 10 were built between 1951 and 1953. Half of them were race-spec cars; the other half were sold to customers.

Oh yes, the DB5. The gorgeous, gorgeous DB5. It’s among the most well-known cars in Aston Martin’s history mostly because it featured in Goldfinger in 1964.

In petrolhead circles, though, it’s known for a whole lot more. It was the most luxurious Aston ever, featuring “luxury” items such as air-conditioning and power windows. Then there was the fact that it featured a new 4.0-litre motor that offered 285 horses to play with.

Trivia: Producers of Goldfinger used two DB5’s for filming the movie. The car loaded with the cool gizmos happened to be one of the first pre-production mules of the DB5. In 1997, the vehicle was stolen from an airport hangar in Florida. It has remained untraceable since.

In spite of its success and popularity, Aston Martin pulled the plug on the DB5 quickly. It had a short two-year stint at the market, and gave way to the DB6. An evolution of the DB5, it enjoyed a relatively long six-year lifespan. This would be the last Aston Martin vehicle to be produced under the ownership of Sir Brown.

Trivia: A friend once asked Sir Brown if he could buy the DB6 at cost price, hoping for a fat discount. He was handed over the car with an invoice £1000 over the retail price of the DB6. Yep, Aston Martin lost money on the DB6.

The DBS was intended to be the successor of the DB6, but sold alongside it. The S was the first in the DB range to feature a V8 motor and had a 20 (yes, 20) year run at the market.

David Brown cleared all of Aston Martin’s debts are sold the brand off in 1972. Aston changed multiple owners before finally landing into Ford’s kitty in 1992. Debuting in 1994, the DB7 was the brand’s first “DB” vehicle in a long long time. Also, since Ford also owned Jaguar at that time, it was essentially a Jaguar XK8 underneath. It borrowed the 3.2-litre six-cylinder engine from Jags, and later featured a bespoke 5.9-litre V12 in its “Vantage” guise.

If we had to credit a modern-day Aston for cementing its credentials as a fast, luxurious grand tourer, it’d have to be the DB9. Introduced in 2004, it looked just right: the V12 engine made all the right noises and it had that quintessential British flavour to it. Buyers lapped it up by the dozen, so much so that it bowed out just a couple of years ago - after a comfortable 12 years. It was the DB9 that held fort while Aston Martin transitioned from being a part of Ford to being privately owned.

Trivia: The DB9 should’ve been called the DB8. It wasn’t because Aston Martin thought people would assume it had a V8 engine.

Back To The Future

Now, we’ve got the DB11. Both, with a vicious V8 from AMG and a big stonking V12. As usual, you can ask for one with or without a roof. And, when you look at it, you’ll still find traces of legendary Astons, including the DB4 and the DB5. The way Aston Martin has blended its past with the future is properly spectacular.

We’re sure Sir Brown is a happy man.