The biggest Mini gets the most powerful engine in its line-up ever. Will make international debut at the Shanghai Motor Show 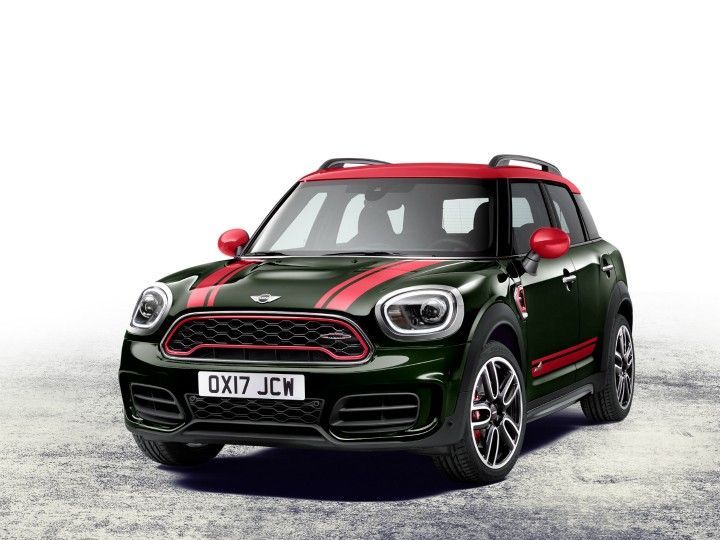 Not long ago, the second generation of the Mini Countryman broke cover. And now, just four months later, the not-so-mini Mini has acquired a mad and more powerful cousin – the John Cooper Works (JCW). Also, as this performance-spec treatment is being given to the biggest Mini in the line-up, it makes sense that it gets the most powerful engine ever in the portfolio. Couple it will the ALL4 all-wheel–drive system and the new Mini John Cooper Works Countryman has some serious potential for fun.

The John Cooper Works Countryman gets the 2.0-litre, four-cylinder turbo-petrol engine but it has been heavily worked on to make it freer to perform and more fun to drive. The changes include model-specific pistons, a bigger charge-air cooler and an additional radiator. All this helps the Mini JCW Countryman belt out 231PS of power (13PS more than the predecessor) and 350Nm of torque.

As for the transmission, there is a standard six-speed manual or the optional eight-speed automatic with paddle-shifters. These will take the JCW from 0-100kmph in 6.5 seconds and all the way up to 234kmph. To help manage this performance, the car also gets sports suspension, 18-inch JCW-spec light alloy wheels, Brembo sports brakes and MINI Driving Modes – Sport, Mid and Green.

Like the standard Countryman, the JCW is also loaded with convenience features. It comes with standard LED headlamps, daytime driving lights, cruise control with brake function and a 6.5-inch screen which displays a start screen specially designed for John Cooper Works when the driver gets into the car.

As soon as you set your eyes on one, you would immediately know that it is not just another Countryman, but its sportier cousin. This is courtesy its distinctive exterior styling which includes larger-than-normal cooling inlets in the front apron (fog lamps absent), a model-specific roof spoiler and other elements of an aerodynamics kit. In terms of cosmetic upgrades, the car gets red paint accents around the side turn indicators, ORVMs, roof and front grille, racing stripes on the bonnet and sides, John Cooper Works logo on the front grille and tailgate, and the Rebel Green paint scheme which has been reserved especially for the JCW. There are changes inside the cabin as well. It gets red accents around the centre display and JCW sports seats.

The Mini John Cooper Works Countryman will make its global debut in April this year at the Shanghai Motor Show. But it remains to be seen whether the model will make it to India. The standard Countryman is likely to make its India debut in mid-2017 and will, price-wise, fall in the league of the likes of the Mercedes-Benz GLA, Audi Q3 and BMW X1.