Watch How The 2018 Honda Amaze Is Built In India!

Catch the second-gen sub-4 metre sedan roll off the production line; in showrooms from May 16th 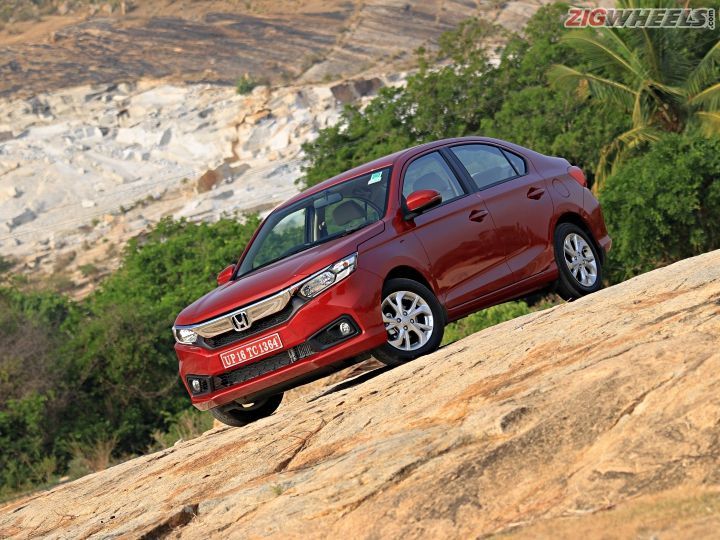 Honda has announced that it has commenced production of the second-gen Amaze from its Tapukara facility in Rajasthan. The latest version of the sub-4 metre sedan is set to go on sale on May 16, 2018. This makes India the first country to manufacture and launch the new model, says Honda. When launched, it will compete against the Maruti Suzuki Dzire, Hyundai Xcent and Volkswagen Ameo, among others. Read our review of the sedan here and then check out the car roll off the assembly line below:

New Delhi, May 2, 2018: Honda Cars India Ltd. (HCIL), leading manufacturer of passenger cars in India has commenced the production of its much awaited All-New 2ndGeneration Honda Amaze. The car is being manufactured at HCIL’s Tapukara plant in Rajasthan. India, a key market for Honda globally, is the first country to manufacture and launch this new model. The All New Amaze is scheduled to be launched on May 16. Deliveries of the model will begin immediately after its launch.

Commenting on the start of production, Mr. Rajesh Goel, Sr. Vice President & Director, Honda Cars India Ltd said, “We are delighted to announce the beginning of production of all - new Honda Amaze. This model will be a game changer for Honda Cars India – both in terms of boosting our business and further strengthening our model-lineup with advanced technology. The 2nd Generation Amaze has received excellent response from customers since its world premiere at the Auto Expo. As a special gesture to the customers who are booking the car even before knowing the price and variant details, we have decided to offer a special introductory price for the initial 20,000 bookings.”

The All New Honda Amaze is a true expression of One Class Above Premium Sedan with an all new bold design, spacious premium interiors, outstanding driving dynamics with strong focus on stability and latest in safety technologies & convenience features. This car is built on an all-new platform incorporating Honda’s advanced engineering prowess and expertise in research and development.  ntroduction of Diesel CVT in the Amaze, which offers powerful and effortless driving experience, is Honda’s first such technology in the world and also an industry first in the Indian market.

The first generation Amaze was introduced in India in year 2013. It marked Honda’s entry into compact sedan segment and was the first car in the company’s product line-up to get the advanced i-DTEC diesel engine technology. Honda Amaze has been one of the most successful model for Honda in India, with over 2.5 lakh satisfied customer on Indian roads.  The second generation of Honda Amaze had its world premiere at the Auto Expo 2018 in February’18.