Skoda Kushaq-rivalling Volkswagen SUV Likely To Be Revealed This Week

The production-spec Taigun will join hands with the Skoda Kushaq to fight the Korean stalwarts: Hyundai Creta and Kia Seltos 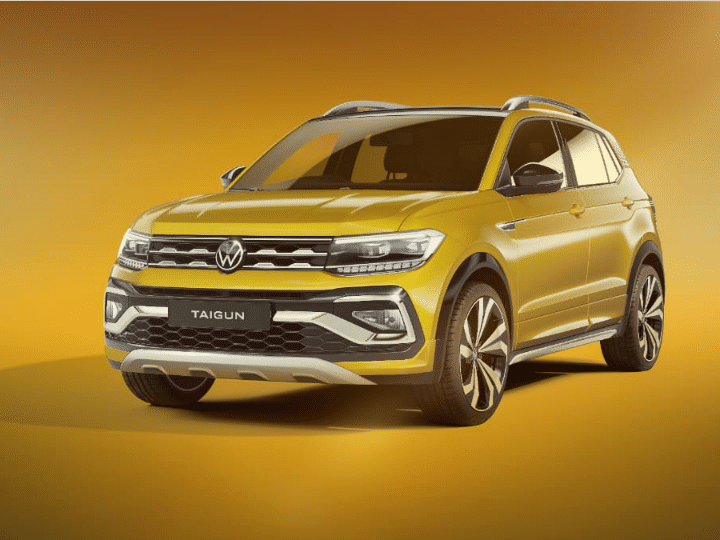 Volkswagen India might just spring a surprise at us this week by unveiling the Creta-rivalling production-spec Taigun. Based on the VW Group’s localised MQB-A0-IN platform, the production-spec Taigun will remain similar to the close-to-production model showcased at Auto Expo 2020. It’s essentially Volkswagen’s shot at the hotly contested compact SUV segment.

The Taigun’s styling is identical to the T-Cross entry-level VW SUV sold overseas, specifically the China-spec model. It comes with a slatted VW grille that flanks a pair of LED headlamps. In profile, a character line slices through the side while the large wheel arches with body cladding add to the SUV quotient. The most striking element, without a doubt, has to be the connected LED tail lamps that give it a premium look.

On the inside, the Taigun features VW’s new steering wheel with the updated logo. The dashboard layout is simple with all the controls placed in the right places. A dash of yellow as seen in this near-production model adds vibrancy to the cabin.

The Taigun will be offered with the Kushaq’s 115PS/175Nm 1.0-litre and 150PS/250Nm 1.5-litre turbo-petrol engines. Both motors are likely to be offered with a 6-speed manual transmission as standard. However, the smaller engine will come with a 6-speed torque converter while the larger motor will be paired with a more sophisticated 7-speed DSG just like the Skoda.

The production-spec Taigun is likely to go on sale soon after the Kushaq, which will be delivered in July. We expect it to be priced from around Rs 9 lakh (ex-showroom). This will put it in the same league as the Hyundai Creta, Kia Seltos, and the soon-to-be-launched Skoda Kushaq (June).