It could be launched later this year or in early-2021 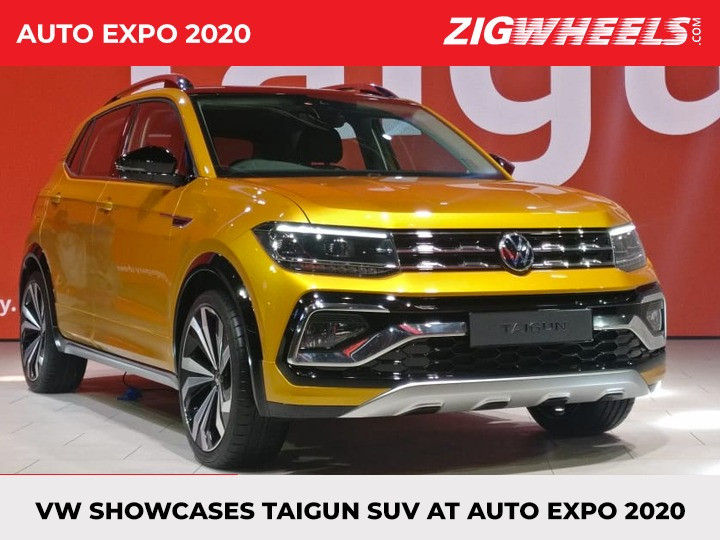 Shortly after is debut at Skoda Auto Volkswagen India Media Night, Volkswagen showcased its first SUV under the India 2.0 strategy, the Taigun, at Auto Expo 2020. While the SUV is built on the localised MQB-AO-IN platform and based on the T-Cross, it sports a different design.

On the outside, the Taigun borrows plenty of styling cues from the China-spec despite being longer at just 4.2 metres in length. It boasts a typical modern VW design with clean lines and sharp creases. Some notable highlights include a slatted grille, large fog lamps, flared wheel arches, and connected tail lamps. It also receives body cladding all over to give it a rugged stance. What's more, the SUV on display is 90 per cent production-ready.

Head inside the Taigun and the cabin features a mix of yellow, black and beige trims. It is also similar to the T-Cross it is based on with a high-mounted infotainment system on the dashboard, AC vents, and climate control knobs below it. It also features a panoramic sunroof and a fully digital instrument cluster.

Under the hood, it will be powered by BS6-compliant 1.0-litre TSI turbo-petrol and 1.5-litre TSI petrol engines. The 1.0-litre turbo-petrol is good for 115PS of power and 200Nm of torque, whereas the 1.5-litre option puts out 150PS and 250Nm. Both engines are mated to a 7-speed DSG transmission.

It was showcased alongside its sibling, the Skoda Vision IN. Both SUVs are a part of Volkswagen’s India 2.0 project. The SUV is likely to launch later this year or in early-2021 in a price range of Rs 10 lakh to Rs 15 lakh (ex-showroom India). Once launched, it is likely to take on the likes of the Kia Seltos, MG Hector, and Hyundai Creta.
Continue reading