The Updated Porsche Macan Doesn’t Have A Turbo Trim

Aside from an overhauled engine lineup, the Macan has also gotten subtle exterior and cabin updates 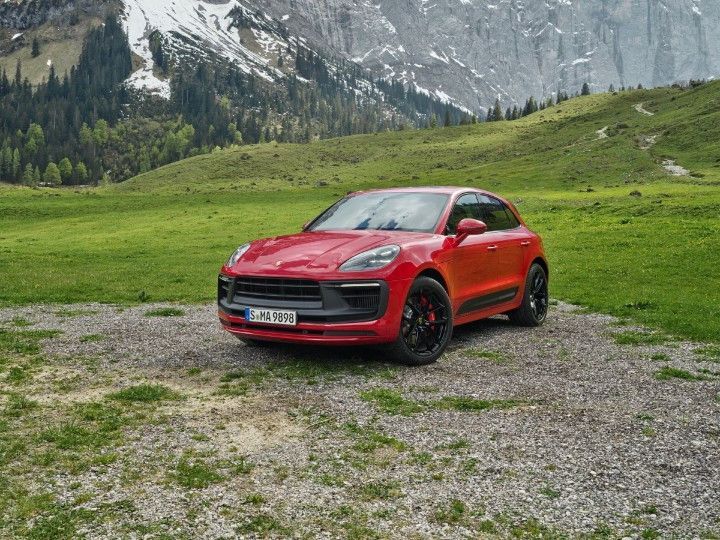 Porsche has given the Macan SUV a second update after the first one back in 2018. While the MY2022 updates bring in subtle cosmetic changes and an updated  cabin, the big news is an overhauled engine lineup that no longer has a Turbo trim. But hold your horses, as there is more to this engine lineup overhaul, with the Macan not sacrificing any performance in this revamped powertrain lineup.

All Macan engines are paired with a 7-speed PDK dual-clutch gearbox that distributes power to all four wheels. When equipped with the Sport Chrono package, the most powerful Macan (GTS) can do the 0-100 kmph sprint in 4.3 seconds and reaches a top speed of 272kmph. In fact this top speed is 4kmph faster than the axed Turbo trim, so any worries about a performance nerf are clearly out the window.

The GTS also gets additional performance trickery such as a sport adaptive air suspension, which lowers the ride height by 10mm, and a reworked Porsche Active Suspension Management (PASM) system. An optional GTS Sport package adds on 21-inch GT design wheels with performance tyres, Porsche Torque Vectoring Plus (PTV Plus) and the Sport Chrono package that features black accents on the outside.

Speaking of looks, the updated Macan looks largely unchanged from the pre-facelift model, aside from a few subtle tweaks. At the front the grille has been reshaped to incorporate integrated air intakes. Other changes in design include LED headlights as standard, a restyled rear diffuser and upto seven different alloy wheel designs, in sizes ranging from 19 inches to 21 inches.

The updates are a little more pronounced while still being subtle once you head inside. They include GT Sport steering wheels from the 992 generation 911, a shorter gear selector, and a redesigned centre console that replaced physical buttons with touch-sensitive panels.

This might be the final update to the current-generation Macan SUV, as its next iteration is expected, followed by an all-electric version scheduled for a 2023 launch.

Back home, Porsche retails the Macan in its first facelifted form at Rs 69.98 lakh (Macan), and Rs 83.95 lakh (Macan S). There’s no word on when the second update to the Macan will arrive in India, but we could expect it towards the end of this year. Heck we were earlier expecting the pre-facelift GTS and Turbo variants in the country, but we might just get the updated Macan instead. It rivals the Jaguar F-Pace, and the Mercedes-AMG GLC 43 Coupe.