Besides a gorgeous rear, the changes are mostly minor, both inside and out 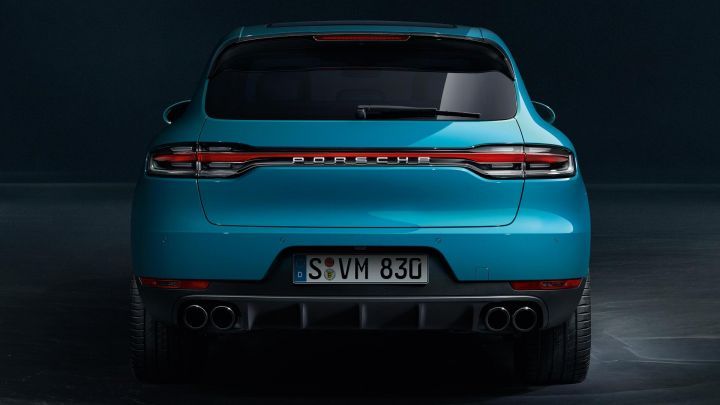 If cars, like movie stars, have their ‘best angles’, then the Porsche Macan would only show you its beautiful rear end. While the addition of the single taillight unit that stretches across the generous curves of the Macan is the only addition to the rear of the compact SUV, its effect is quite stunning. This new taillight design, which also includes four-point brake lights, is also expected on the new 911. With the Macan at least, it’s already managed to make the old rear end look quite dated.

At the front, there are more changes to speak of but they are quite indistinguishable when compared to the impression the new tail makes. The headlights now get a new four-point DRL included in the main headlamp unit. The front bumper also has a few changes with wider corner air intakes which now feature the turn indicators on the bottom slat instead of the top corner. The lower splitter element of the bumper has also been changed and the fog lamps are missing on the variant in the press images. This could be a trim option though.

On the inside, the changes are similarly small with the biggest impact being made with the addition of a new 11-inch touchscreen infotainment system. As a result, the air con vents have moved from the flanks of the touchscreen to under the wider high definition unit. The steering wheel is similar to the unit on the 911 and amongst the list of options is a heated windshield and an air ioniser to better deal with air pollution. Sound options include surround sound offerings from either BOSE or Burmester.

Porsche hasn’t specified any changes to the powertrain, but have said that the suspension has been further tuned for better comfort and handling as well. The current powerplants include a base Macan petrol making 252PS from a 2.0-litre petrol engine. Then there’s the 340PS Macan S with a 3.0-litre petrol. The 360PS Macan GTS also uses the same 3.0-litre petrol tuned for more performance. And topping off the range are the two Macan Turbos that make 400PS and 440PS respectively from a 3.6-litre turbo.

Bookings for the 2019 Macan will start at the end of September internationally, but there is no word yet on when it will go on sale in India. The Macan is currently available in the 252PS petrol variant for Rs 70 lakh and the 400PS Turbo for Rs 1.1 Crore (both prices ex-showroom Delhi).