EXCLUSIVE: You Can Book The MG ZS EV Right Now For Rs 50,000 At Select Dealerships

Apart from the initial launch cities, the MG ZS EV can be bought in other cities too as MG Motor will install a free fast charger at your home 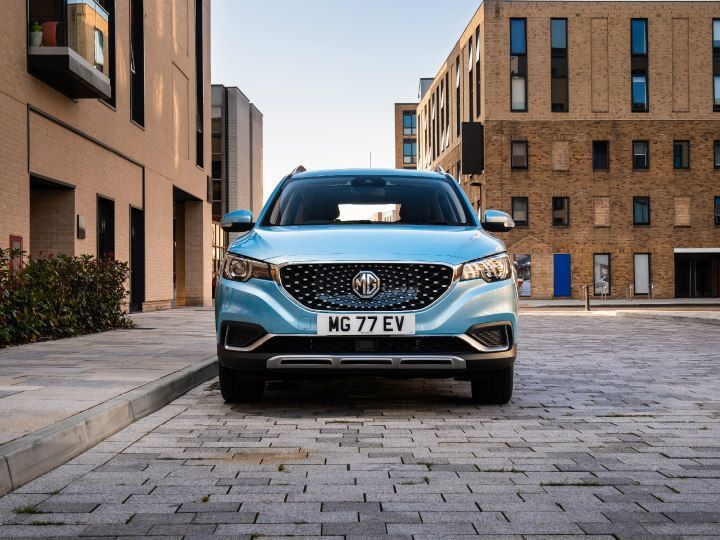 MG Motor India has confirmed that the ZS electric vehicle (EV) will be launched in January 2020. Select dealers have started accepting bookings for a token amount of Rs 50,000. MG has said that the ZS EV will be available in five cities initially: Delhi-NCR, Hyderabad, Mumbai, Ahmedabad and Bengaluru. It has also installed fast chargers across these five cities. But in case you don’t reside in any of them, you’ll still be able to buy the ZS EV as the carmaker will install an AC fast charger at your residence free of cost. MG has hinted at a price tag of around Rs 25 lakh (ex-showroom) for the electric vehicle. But we expect it to come in just under the Rs 23.72 lakh price tag of its rival, the Hyundai Kona Electric.

Visually, the ZS EV looks like a typical modern MG thanks to its chrome studded grille that connect both the headlamps. Other design highlights include dual-tone alloy wheels, a sharp shoulder line as well split LED tail lamps. It also gets body cladding all around that helps it give a rugged yet premium appearance.

Inside, the ZS EV comes with an all-black dashboard with contrasting silver elements. It also gets piano black trims that up the ante. Features onboard include the i-SMART connected car tech, an 8-inch infotainment system, single-zone climate control, a PM 2.5 AC filter, cruise control, a multi-info display, panoramic sunroof as well as keyless entry with push button start.

The MG ZS EV’s powertrain  develops 150PS of power and 350Nm of torque (China-spec).  It draws power from a 45.2kWH battery pack that gives it a range of 428km (NEDC claimed). The battery pack also supports fast charging function that helps to juice up from 0-80 percent in 40 minutes. The carmaker will also offer the ZS with free fast charging for a limited time.

Meanwhile, the ZS could also be offered with an ICE engine as revealed by an RTO document. Two petrol engines are likely to be on offer: a 1.5-litre naturally aspirated unit and a 1.0-litre turbocharged engine. The bigger motor develops 106PS and 141Nm while the smaller engine puts out 111PS and 160Nm. The turbocharged motor also comes with the hybrid technology.

MG Motor is all set to take the wraps off the India-spec ZS EV on December 5. Primary rivals include the Kona Electric, which is priced at Rs 23.72 lakh (ex-showroom). We’ll be driving the ZS EV soon. So stay tuned to ZigWheels for our detailed first drive review.