MG Motor To Unveil India-spec ZS EV In Under 24 Hours!

Select dealers have started accepting bookings for a token amount of Rs 50,000 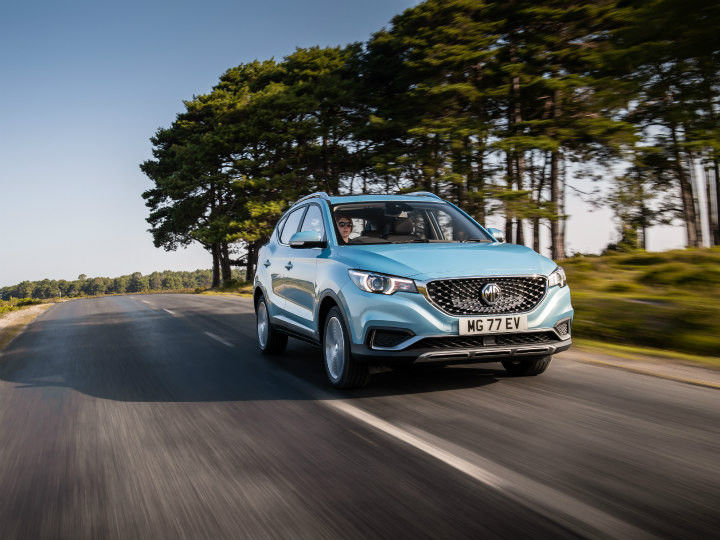 MG Motor India is all set to kick off a slew of SUV launches in India starting with the ZS EV, which is set to be unveiled tomorrow. Slated to launch in early 2020, the carmaker has already showcased the ZS EV in its production guise at the recently concluded NuGen Mobility Summit. Here’s all you need to know about MG Motor’s second SUV for India.

We’ve already got a glimpse of the India-spec ZS EV spied undisguised and fortunately, it looks similar to the international model. Exterior highlights include MG’s chrome-studded grille that merges with the projector headlamps. Other bits like dual-tone alloy wheels, LED tail lamps and bumper-mounted rear fog lamps round off the exterior of the SUV.

Expect the ZS EV to get an all-black dashboard with contrasting silver elements. Interior equipment such as an 8-inch touchscreen infotainment system, single-zone climate control, cruise control, and keyless entry with push-button start could feature in the SUV. It could also get steering-mounted audio controls, a multi-info display, as well as i-SMART connected car tech.

Powering the ZS EV will be an all-electric motor capable of producing 150PS and 350Nm (China-spec). It has a NEDC claimed range of 428km juiced out of a 45.2kWh battery pack. Equipped with fast charging capabilities, the ZS EV can be charged from 0-80 per cent in 30 minutes.

Bookings for the ZS EV have already begun at select MG dealerships for a token amount of Rs 50,000. MG also announced that Delhi-NCR, Hyderabad, Mumbai, Ahmedabad and Bengaluru are the five cities where the SUV will be available initially. The SUV is expected to be priced under Rs 25 lakh.

When launched in early 2020, the ZS EV will take on the likes of the Hyundai Kona Electric SUV in India.