MG Motor India Might Offer The ZS SUV With Petrol and Hybrid Powertrains Too!

A transport document suggests that MG might offer two petrol engines: a 1.0-litre hybrid and a 1.5-litre petrol 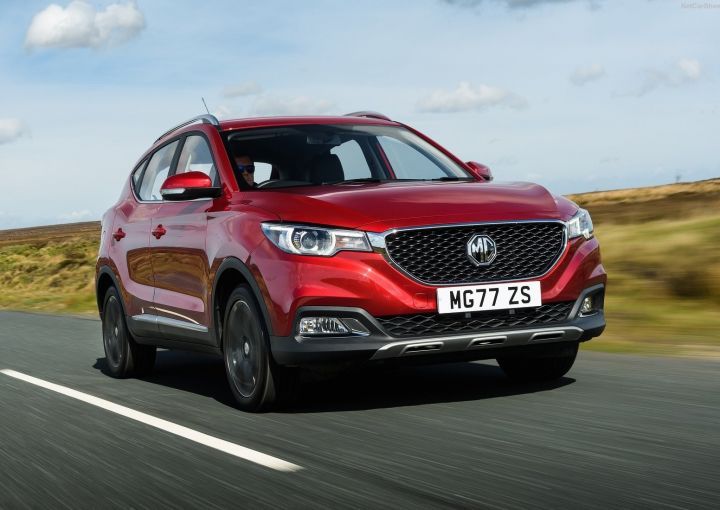 MG Motor India, which marked its debut with the Hector, is already readying its second offering, the all-electric ZS EV. Set to be unveiled in December, the ZS EV is slated for an early-2020 launch. The SUV was spied a couple of times on our roads and is expected to come with a price tag of around Rs 25 lakh. Meanwhile, a transport department document has surfaced the interwebs suggesting that MG might also offer the IC-engined version of ZS with a 1.5-litre petrol and 1.0-litre petrol-hybrid powertrain.

According to the document, MG has imported the non-electric version of the ZS to India. What’s interesting though is that the document reveals detailed information about two petrol engine options. The first one is a 1.5-litre naturally aspirated VTI-tech petrol engine that produces 106PS and 141Nm.

The other unit is a 1.0-litre turbocharged three-cylinder with output figures of 111PS and 160Nm. The latter engine might also make use of an electric motor setup as per the document. Both these engines are already on sale in markets abroad along with the ZS EV.

The document also reveals the dimensions of the SUV, measuring  4,314 mm in length, 1,809 mm in width, 1,620 in height, along with a wheelbase of 2,580-2,589 mm. This document also suggests the possibility of MG offering the non-electric ZS in India. We’ll have to wait and watch to know for sure.

The upcoming ZS EV uses a 44.5kWh battery pack to provide a range of 263km (WLTP) while also pushing out 143PS and 350Nm of torque. Expected to be priced around Rs 25 lakh, the ZS EV will rival the Kona Electric from Hyundai.