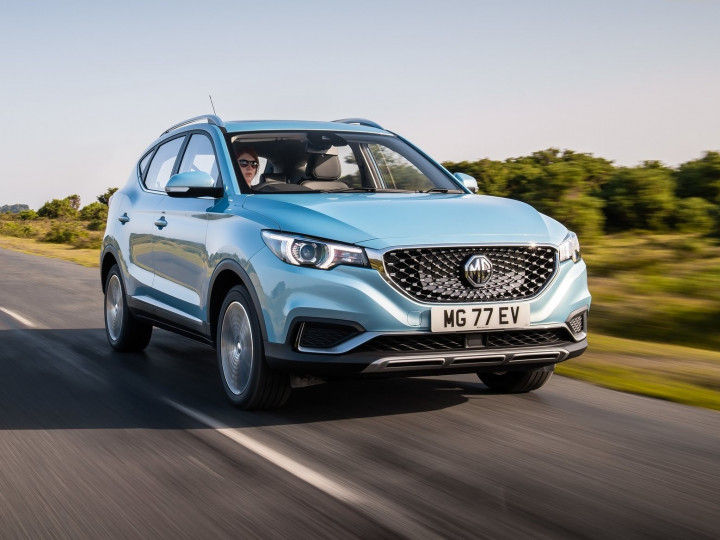 MG will be introducing three new SUVs in India over the coming months, starting with the ZS EV. The all-electric SUV is all set for an unveil on December 5 with launch slated for early-2020. Meanwhile, the British marque has showcased the upcoming SUV, in its production guise, at the ongoing NuGen Mobility Summit. The SUV is expected to be priced under Rs 25 lakh. It will compete with the Kona Electric from Hyundai.

The NuGen Mobility Summit 2019, organised by the International Center of Automotive Technology (ICAT), is being held at Manesar, Gurugram. It was inaugurated by Nitin Gadkari, Union Minister of Road Transport and Highways. The summit brings together experts from the industry, researchers and test agencies to share experiences and trends in the automotive industry. It will also serve as a platform for various manufacturers and suppliers to showcase their offerings.

Select MG dealerships have already started accepting bookings for the ZS EV against a token amount of  Rs 50,000. Meanwhile, MG has announced that Delhi-NCR, Hyderabad, Mumbai, Ahmedabad and Bengaluru are the five cities where the SUV will be available initially.The ZS EV uses a 45.2kWH battery pack that powers an electric motor capable of 150PS of power and 350Nm of torque (China-spec). India-specific driving is yet to be announced but the ZS EV can do around 428km (NEDC). The SUV also supports fast charging, which enables it to charge up from 0-80 percent in 40 minutes.

MG has big plans for India and is readying the 6/7-seater version of the Hector, Fortuner-rivalling D90 Maxus and the smaller Baojun RS-3.