Volkswagen T-ROC Finally Gets A Launch Date For India

It was unveiled at Auto Expo 2020 earlier this month 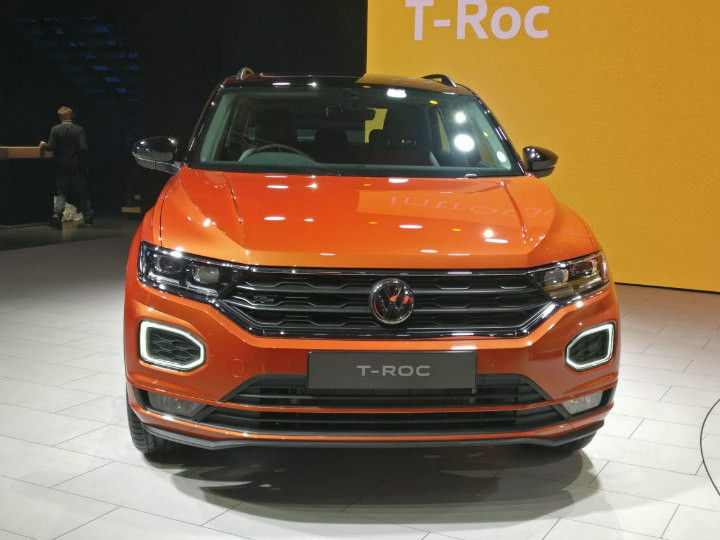 The month of March will see multiple high-profile Volkswagen launches. Shortly after announcing the launch of the Tiguan Allspace for March 6, the carmaker has confirmed that the T-ROC SUV will be launched on March 18. Volkswagen’s answer to the Jeep Compass, Tata Harrier, Hyundai Creta and the upcoming Skoda Karoq debuted at Auto Expo 2020. It will be brought in via the CBU route.

At the front, it gets a slatted grill, integrated LED headlamps, LED DRLs, and air dams with swanky surrounds. Other exterior highlights include flared wheel arches, stylish alloy wheels, a raked tailgate, and split LED tail lamps. It measures 4,234mm long, 1,819mm wide, 1,573mm tall, and has a wheelbase of 2,590mm. This makes it slightly smaller than the Jeep Compass and Skoda Karoq.

Inside, the T-ROC sports a Jetta/Passat-like cabin with features such as an 8-inch infotainment system with Android Auto and Apple CarPlay, dual-zone climate control, a panoramic sunroof, and connected car tech. Safety features on offer are six airbags, ABS with EBD, front and rear parking sensors, a rearview camera, and electronic stability program.

Under the hood, it will be powered by a 1.5-litre TSI engine producing 150PS of power, coupled with a 7-speed DSG gearbox. The SUV will not have a TDI diesel engine option as Skoda Auto Volkswagen India will have a petrol-only portfolio in the initial phase of the BS6 era.

Expect prices to start from Rs 18 lakh (ex-showroom India) at launch. It will take on the likes of the Skoda Karoq, Jeep Compass, Tata Harrier and Hyundai Creta.