The longer Tiguan comes with a 2.0-litre TSI petrol engine and a third row of seats 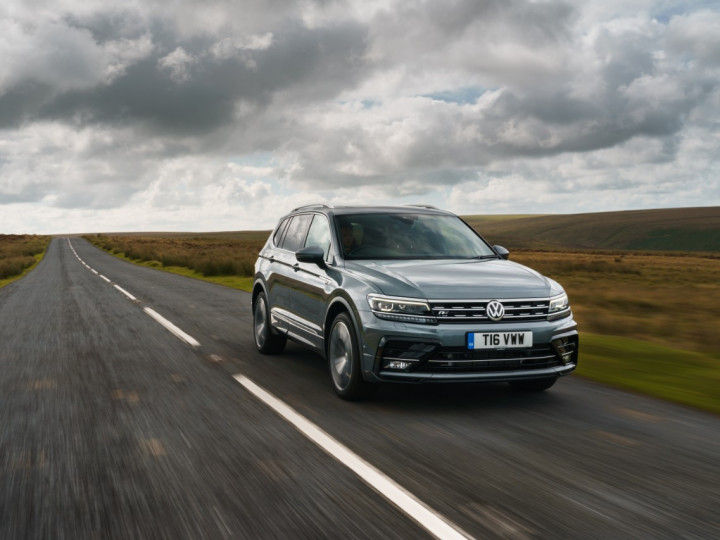 Volkswagen has announced that it will launch the Tiguan Allspace SUV in India on March 6, 2020. The carmaker had unveiled the SUV at Auto Expo 2020. Although styling changes are minimal, the Tiguan Allspace has a longer wheelbase than the Tiguan and holds a third row of seats. It will be powered by a 2.0-litre TSI petrol engine paired with a 7-speed DSG dual-clutch transmission. We expect it to cost around Rs 45 lakh (on-road). Once launched, it will go head-to-head with its Skoda cousin, the Kodiaq, as well as the Toyota Fortuner and Mahindra Alturas G4.

Look at the Tiguan Allspace from the front and it is indistinguishable from its shorter sibling. For 2020, the Tiguan gets LED projector headlamps with DRLs and new bumpers. At the rear it is identical to the India-spec Tiguan except for dual exhaust exits at the bottom of the bumper.

The interior is identical, too, barring the larger infotainment touchscreen and digital dials. The Tiguan Allspace will also get connected car tech. The panoramic sunroof, dual-zone climate control, cruise control and powered front seats will continue as before.

Enthusiasts will not miss the 2.0-litre TDI because Dieselgate-BS6 has implored the carmaker to give us the punchy 2.0 TSI in India. It makes 20Nm less torque but 47PS more power than the diesel for a total of 190PS and 320Nm. The power is sent to all four wheels via a 7-speed DSG transmission and VW’s 4Motion all-wheel-drive system.

It’s still two weeks until we get to see the Tiguan Allspace in the flesh again, and we can’t wait. The Tiguan Allspace is likely to stand out in its segment which was made popular by butch tall-riders such as the Toyota Fortuner and Ford Endeavour. But does it have the chops to woo the Indian crowd? We can’t wait to find out.