Kia is supposed to make a big announcement on April 27, and we suspect it is about the debut of the new logo 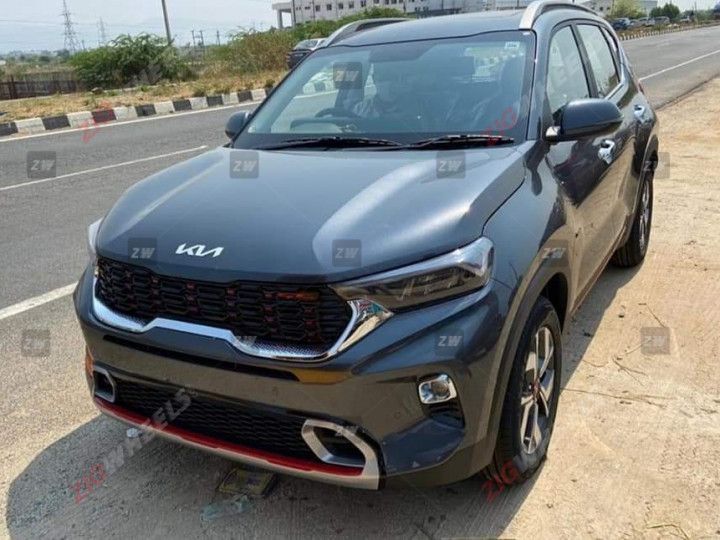 A Sonet featuring Kia’s new logo has been spotted ahead of the carmaker’s scheduled announcement on April 27, when Kia  plans to reveal the new monogram and the updated Seltos. But, now that the Sonet has been seen wearing the revised logo, we suspect the sub-4m SUV will likely debut in its updated avatar on the same day.

From what we’ve seen, the new logo is present on the Sonet’s hood, tailgate, and hubcaps. That said, it should also be impressed on all those parts where the existing logo is inscribed -- the horn pad, for instance. Apart from that, there isn’t any visual change to the sub-4 metre SUV.

In January 2021, Kia debuted its new logo with the catchphrase ‘Movement That Inspires.’ You can read more about it here.

This revised logo will be the first update for the Sonet. Aslo, the upgraded Seltos is likely to debut on April 27 with a few additions, including a new top-spec Gravity Edition and the clutchless manual (iMT) gearbox. You can read about it here.

The Kia Sonet currently retails from Rs 6.79 lakh to Rs 13.09 lakh (ex-showroom), and we believe there shouldn’t be any movement in prices. The SUV will continue to rival the Nissan Magnite, Hyundai Venue, Tata Nexon, Maruti Suzuki Vitara Brezza, and Renault Kiger.