Kia Sonet Looks To Be Getting A CNG Option Soon 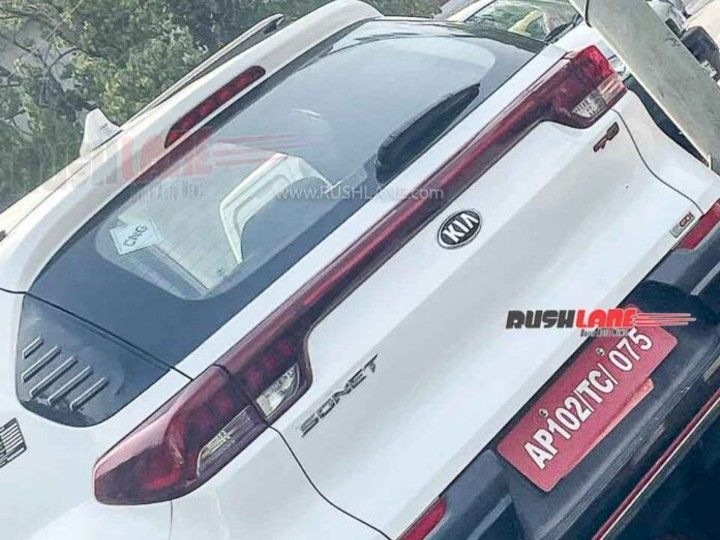 With emission norms getting stricter by the day, carmakers have been looking at alternative fuel sources for their cars. While the most popular alternative is electrification, CNG is another option, which Kia seems to be preparing to enter soon, as a Sonet test mule was spotted sporting a CNG badge. The juicy bit doesn’t stop there as it was in the top-spec GT trim, running the 1-litre turbo-petrol engine. This could not only make it one of the earliest sub-4 metre CNG SUVs in India, but also the first model in the country to offer a turbo-CNG option.

Aside from the badge, you can spot the licence plate on the C-pillar as well as the CNG-filler cap to denote its CNG credentials. The rest of the Sonet will look largely identical to the standard model.

Currently, the Sonet’s 1-litre turbo-petrol engine pushes out 120PS and 172Nm, and can be paired to either a 6-speed iMT (clutchless manual) or a 7-speed DCT gearbox. For the CNG model, it is expected to be paired with a manual gearbox as standard and offer less power in pure CNG mode.

As for what variants the Sonet CNG will come in, we’ve seen in recent CNG models like the Maruti Dzire getting a CNG option in higher-spec trims. So, considering the Sonet test mule was specced in the top-spec GT Line trim, we could see something similar.

Also, since we’ve now seen the Kia Sonet with a CNG setup, this could mean Hyundai is planning to plonk in a CNG option to the Venue as well since the two sub-4 metre SUVs share the same powertrains. We could see the Kia Sonet CNG show up later this year being priced at a premium over the standard 1-litre turbo-petrol GT Line trim that starts from Rs  13.09 lakh (ex-showroom, Delhi).

While the Kia Sonet in its standard configuration has a slew of rivals, the CNG model will have the Maruti Suzuki Vitara Brezza for company soon as the carmaker is planning to introduce a CNG option.