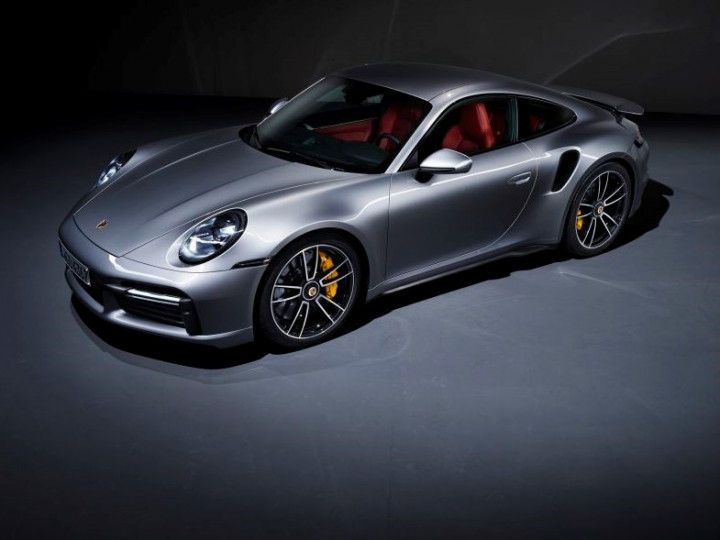 Right from its inception as the 930 Turbo (or more lovingly known as the widowmaker), the  Porsche 911 Turbo has been known as a jack of all trades. Each generation of the 911 Turbo was comically fast while remaining as civilized as your soccer mommy wagon. Unless provoked, of course. No wonder it’s called the ultimate everyday supercar! With the demise of the 991 generation of the 911, enthusiasts all across the world have been waiting for the new Turbo based on the current 992-gen 911. And now, it’s finally here and once again, the Turbo S proves it's an exception from the laws of physics!

How? Well, it does 0-100kmph in 2.7 seconds, and 0-200kmph in 8.9 seconds. Top whack? Well, how about 330kmph! All of this is possible thanks to Porsche’s 3.8-litre twin-turbocharged boxer engine which delivers 650PS and 800Nm of twist to all four wheels! That’s a bump of 70PS and 50Nm compared to the previous-gen 991 Turbo S. The figures are so much of an improvement that the new 911 Turbo S can actually shame its own hard-edged sibling -- the GT2 RS. Also helping its cause is the brilliant 8-speed Porsche Doppelkupplung (PDK) gearbox.

In contrast to the 992 Carrera models, the Turbo S features a host of changes. The front axle is 45mm wider while the rear axle sees an increment of 20mm. Meanwhile, the front and rear are 42mm and 10mm wider, respectively. What’s more? It also features new aero bits and a larger active rear wing. For the first time, the Turbo S uses 20-inch tyres at the front and 21-inch tyres at the rear along with centre locking wheels.

Traction is the 911’s closest ally thanks to its unique rear-engined setup but Stuttgart still offers Porsche Active Suspension Management (PASM) sports chassis that has been lowered by 10 mm along with a sports exhaust system with adjustable flaps for that flat-six howl.

The powertrain setup is based on the Carrera but it features a redesigned charge air cooling system, larger VTG turbochargers in a symmetrical layout, new intake as well as piezo injectors. Moving on to aerodynamics, the revised front bumper and the new rear wing produce 15 per cent more downforce to keep you glued to the tarmac. Stopping duties are handled by carbon ceramics with 10-piston front calipers at the front.

As usual, you sit inside a well laid out cabin finished in leather and carbon trims. Porsche has thrown in an 18-way adjustable sports seat that features special stitching that pays homage to the daddy of all 911 Turbos -- The  930 Turbo. Other amenities include a 10.9 inches infotainment system, GT sports steering wheel, Sport Chrono package with newly integrated Porsche Track Precision app and a BOSE surround sound system.

Porsche will offer the Turbo S in coupe and convertible body styles with prices starting at $204,850 (Rs 1.5 crore) and $217,650 (Rs 1.6 crore),  respectively. Meanwhile, the tamer, Turbo variant is also en route. But we are eagerly waiting for the GT variants, especially the GT3 RS, as a little birdie tells us that it might be the last naturally aspirated GT3 to leave the gates of Stuttgart.