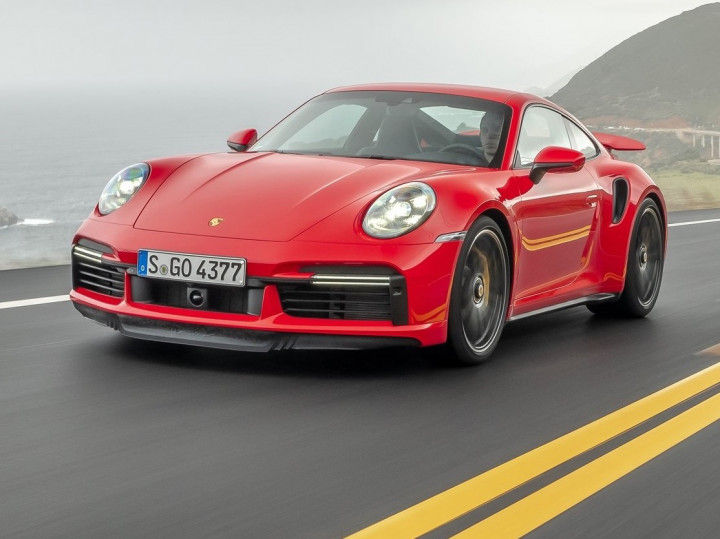 It’s only been two months since the 992 Porsche 911 Turbo S made its global debut and Porsche has already begun accepting bookings for it in India. The Turbo S will retail for a base price of Rs 3.08 crore without any options. So expect to pay well north of the Rs 4 crore mark once you tick all the boxes and trick out your Turbo S.

The ultimate everyday supercar is known the world over for its split personality. The Turbo and Turbo S can be docile if you want it to be but also become ballistic if you prod the throttle pedal too hard. How long does it take from 0-100kmph, you ask. How about 2.7 seconds! What’s even more impressive is that the Turbo S can get to 200kmph within 8.9 seconds! Well, it doesn't end there as the top-speed is rated at 330kmph.

All of this is a walk in the park for the 911 Turbo thanks to its 3.8-litre twin-turbocharged flat-six engine which delivers 650PS and 800Nm to all four wheels via an 8-speed Porsche Doppelkupplung (PDK) gearbox. In contrast, the new Turbo S makes 70PS and 50Nm more, putting it up there with the wildest 911 from Stuttgart -- the GT2 RS.

The changes don’t end there as the 992 Turbo S gets a wider front and rear track along with improved aero bits and an active wing. The front bumper and the new wing alone adds 15 per cent more downforce while the stopping duties are taken care of by carbon ceramics with 10-piston calipers at the front.

The meeker Turbo variant is also expected to debut in India soon after its global debut. We expect Porsche to launch the Turbo S on our shores by the end of this year. That said, we are pretty sure that there's nothing out there that can do what the 911 Turbo S has been doing for years!