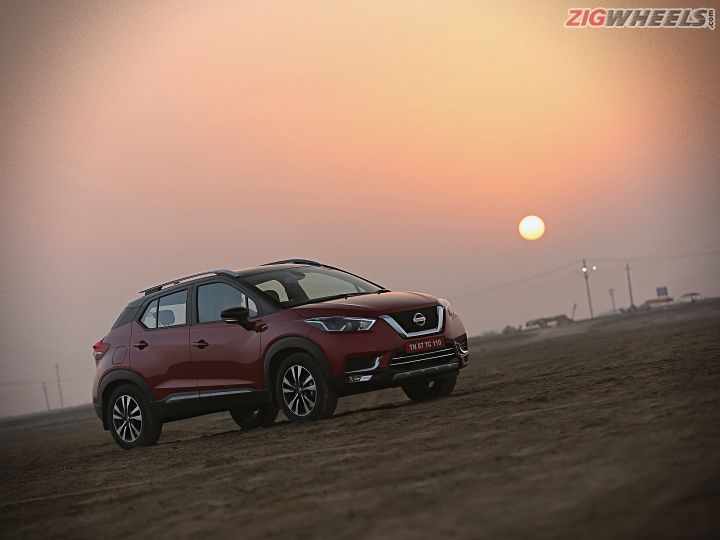 Japanese carmaker Nissan is trying to reposition itself in India as a premium mainstream brand, and the first piece in this puzzle, the Kicks, is here now. Launched today with prices starting at Rs 9.55 lakh (ex-showroom Delhi), the all new Kicks will spearhead an all new range of cars under Nissan's revamped strategy for India.

All set to go up against the likes of the Hyundai Creta, Maruti Suzuki S-Cross and its Renault cousin, the Captur, the all new Kicks is offered in a total of four variants: XL, XV, XV Premium and XV Premium+ with diesel engines. Meanwhile, the petrol version is offered only in the base XL and XV trims. Prices start at Rs 9.55 lakh for the XL petrol and go up till Rs 14.65 lakh (ex-showroom Delhi) for the top end diesel XV Premium+ variant.

While it looks more like a crossover, the Kicks is in no way timid in terms of size. Dimensionally, it’s longer (by 114mm) and wider (by 33mm) than the Creta. It even has the longest wheelbase (2673mm) along with the Captur, which is also based on the same B0 platform.

The Kicks gets a host of features and safety tech on board. With a segment-first 360° camera setup, an 8-inch touchscreen infotainment system (with Android Auto and Apple CarPlay), leather upholstery, and soft-touch materials on the dash, Nissan has cut no corners in terms of features. It also gets automatic climate control, rear AC vents, steering-mounted call controls and cruise control. However, it skips on a sunroof and electrically adjustable driver seats, which the Creta gets. On the upside, though, Nissan has provided dual front airbags, ABS with EBD, climate control and Nissan Connect as standard.

It’s underpinned by the B0 platform (and not the new Micra platform like the global-spec version), and employs the same 1.5-litre petrol and 1.5-litre diesel engines as the Captur. While the petrol motor makes 106PS/142Nm and is paired with a 5-speed manual, the diesel mill makes 110PS/245Nm and gets a 6-speed gearbox. Sadly though, there’s no automatic transmission and four-wheel drive on offer. Notably, the Kicks’ main rival, the Creta, gets automatic transmission across both petrol and diesel powertrains.

Even as Nissan looks to heat up the competition in the compact SUV segment with the Kicks, it has more crossover-like looks than an outright SUV. However, with its competitive pricing and a bucket load of features as standard, the Kicks fits in the segment as a fresh alternative to conventional players such as the Hyundai Creta and the Maruti S-Cross. With a three-year warranty, three-year RSA and three-year maintenance at zero additional cost, Nissan has armed the New Kicks with all the tools to take on its competition.

So what do you think about the all-new Nissan Kicks? Do you think it has what it takes to make a major dent in the Creta’s sales? Do let us know in the comments below.