Nissan has given the Kicks a fresh lease of life with a new 1.3-litre turbo-petrol engine. How does the specs compare on paper with its rivals? Let’s find out 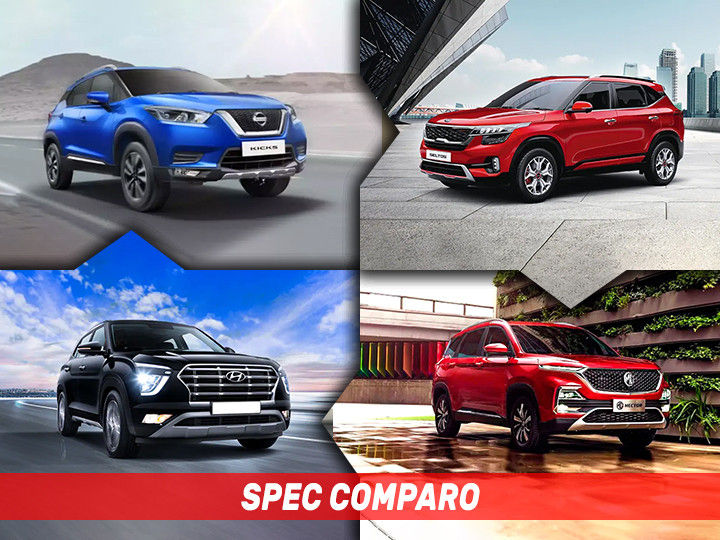 The Nissan Kicks, an impressively capable SUV, failed to gather traction in the midsize SUV segment due to tough competition from established rivals such as the Hyundai Creta. In a bid to make it more relevant, the Japanese giant has updated the Kicks with a new 1.3-litre turbo-petrol engine. How does its specifications compare against popular SUVs such as the Kia Seltos, Hyundai Creta and MG Hector? Let’s find out:

Though the 2020 Nissan Kicks has the smallest engine here, it offers the most power compared to its rivals. The Kia Seltos Turbo and Hyundai Creta Turbo share the same motor and produce identical power and torque figures. Equipped with the largest turbo-petrol here, the MG Hector offers the middle ground between the Japanese and South Korean SUVs. Meanwhile, the MG Hector manual is the only SUV that can be had with a 48v mild hybrid system.

All SUVs except for the Creta come with a 6-speed manual transmission. Interestingly though, the Kicks AT is offered with a CVT (continuously variable transmission) unlike its rivals, which come with a DCT (dual clutch transmission). If you’re an enthusiast, you may already know that DCTs offer a more seamless shift experience, which translates to better thrills during spirited driving. On the other hand, a CVT is designed to offer better fuel economy and provide a smooth and jerk-free operation. Does that mean the Kicks will be a bit duller to drive when compared to the others here? Well, that’s something we’ll only be able to answer once we get our hands on one post lockdown.

Though Nissan is yet to reveal the Kicks’ fuel efficiency figures, we expect its automatic version to be as fuel efficient as its rivals thanks to the CVT unit.

A look at the table above suggests that the Nissan Kicks offers the most bang for your buck among the four SUVs featured here. But while it may get a new and powerful turbo-petrol engine, the rest of the package remains unchanged. And that means there’s nothing to set it apart from the previous version visually or even in terms of bragging rights. Hence, we can’t wait to get behind the wheel of the Kicks Turbo and put it up against its fierce rivals on the road to find out which one’s the better deal out of the four.