Tata’s DCT Automatic Transmission Can Make Its Way To The Punch, Nexon, And The Altroz iTurbo 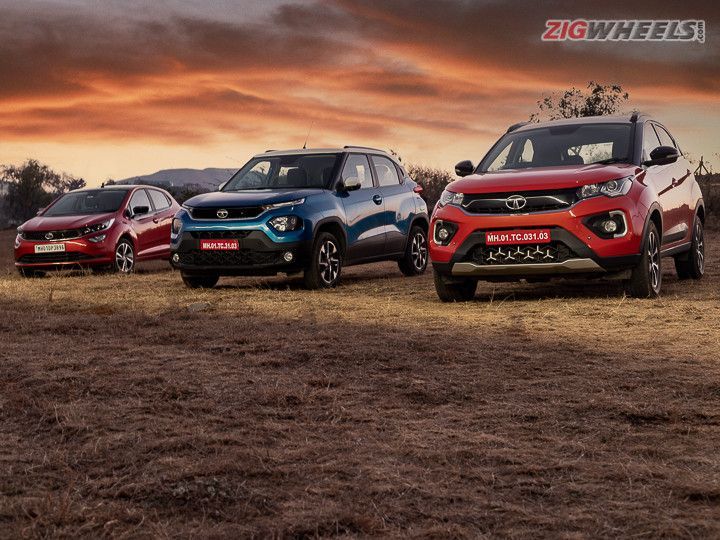 Recently, the Altroz became the first Tata model to come paired with a dual-clutch automatic transmission. But it’s only available on the standard 86PS 1.2-litre naturally aspirated petrol engine. That being said, we could see the Altroz’ 110PS 1.2-litre turbo-petrol engine as well as the Punch and Nexon get this gearbox in the near future.

This is because Mohan Savarkar, Vice President of Tata Motors confirmed that "this gearbox can handle more torque and can easily be paired with Tata's turbo petrol engine as well."  Currently, the Altroz iTurbo and Nexon sub-4 metre SUV gets a 1.2-litre turbo-petrol engine, making 110PS/140Nm (Altroz) and 120PS/170Nm (Nexon). For the former, the current DCT setup in the Altroz is surely cheaper than the only other DCT hatch in India, the Hyundai i20, but the addition of a DCT option to the more powerful 110PS turbo-petrol should enhance the appeal of the Altroz iTurbo.

As for which Tata model will get the DCT next, we think it’ll be the Nexon. It’s currently the only sub  four-metre SUV aside from the Mahindra XUV300 to get an AMT automatic option, whereas rivals such as the Hyundai Venue and Kia Sonet have a more refined alternative in the form of the 7-speed DCT that is paired with a 120PS 1-litre turbo-petrol engine. So, the Nexon having a DCT should give it a leg up in automatic options in the sub four-metre SUV segment.

The reason why the Punch also comes into the picture is that it uses the same 86PS 1.2-litre naturally aspirated petrol engine as the Altroz. That being said, the Punch already has an AMT option, and Tata isn’t likely to swap it out for the DCT anytime soon. But the mini-SUV is expected to get a 1.2-litre turbo-petrol engine in the future, which may be the time the DCT shows up.

Theoretically, the DCT also offers a better experience than an AMT, with the former offering more refined gear shifts without hampering fuel efficiency too much. That being said, the DCT option will offer a more hefty price premium. For reference, the Altroz DCT variants are priced at a premium of Rs 1.07 lakh over their corresponding manual counterparts.

We’re yet to know which will be the next Tata model to get a dual-clutch automatic transmission, but the carmaker could position itself to have affordable DCT options than its rivals.