XPulse 400: What To Expect From Hero’s Biggest Adventure Bike Yet 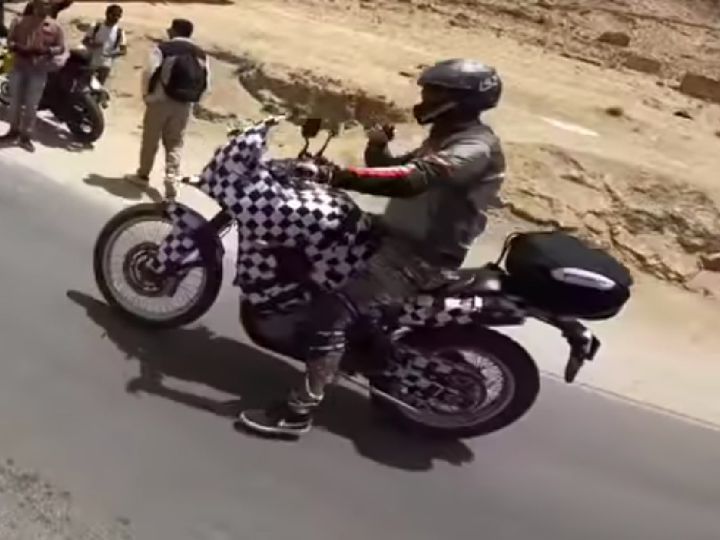 The Hero XPulse 200 4V has carved itself a niche in the world off-road riding. Its nimble and compact structure allows you to ride further and deeper beyond the threshold of the very capable Royal Enfield Himalayan. But the biggest chink in its armour is its displacement. There’s only so much a 200cc mill can do and that’s where this 300-400cc XPulse test mule spied recently in Ladakh brings a ray of hope!

Two years ago, Hero showcased a prototype of a 400cc ADV at the ‘Hero World Event 2020’ that can take the fight to KTM’s 390 Adventure, BMW G 310 GS and even the upcoming Himalayan 450. Built on a trellis frame, the motorcycle featured a 300-400cc, single-cylinder, liquid-cooled heart likely to produce around 45-50PS, and the recently spotted mule seems to be running the same hardware as that prototype.

What’s different? Well for starters, the mule is seen sporting an adventure tourer look and not a minimalist dual-sport style as the XPulse 200 4V. So, it’s reasonable to assume that Hero is now aiming squarely at the competition. The test mule has been seen sporting quarter fairing with a beak, girthy and touring-friendly split seats and a tail rack with a top box.

Hence, if touring is the new focus, we can expect a larger 15-20 litre fuel tank, switchable ABS and features like Bluetooth connectivity, USB charging, and fully adjustable suspension, most of which are already offered on the XPulse 200.

The reason why we believe Hero might initially stray away from features like traction control and cornering ABS is because, traditionally, the company likes to take progressive steps at developing a motorcycle.

Both the test mule of the XPulse 400 and prototype feature long-travel USD fork and rear monoshock. Pushing the bike’s off-road and touring ability further are the 21-inch and 18-inch wire-spoked rims.

This test motorcycle has finally broken cover after two years of being showcased at the ‘Hero World Event 2020’. This puts to rest discussions on whether there’s a bigger XPulse in the works. That said, we do not see this motorcycle making its debut any time before 2023.