Forget The 390 Adventure. Is This The Perfect ADV For India You Should Be Waiting For? 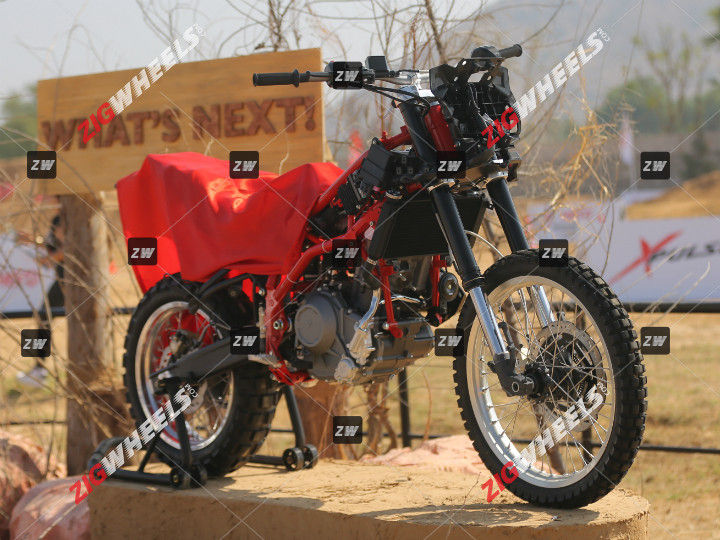 Race on Sunday, sell on Monday. That has been the motto of most automobile manufacturers that venture into motorsports. Hero also seems to be jumping onto this bandwagon as it showcased a prototype ADV motorcycle at the Hero World Event 2020.

The adventure motorcycle seems to be based on Hero’s 450RR rally bike that the team uses to compete in prestigious rallies like the Dakar. Hero has been working on producing a new generation of 450cc single-cylinder engines for its rallying and it seems likely that the newly showcased prototype bears the road-going version of it.

While the new motor will be displacing 450 cubes in its rallying guise, Hero might likely curb the road-legal version to 350cc-400cc. Expect the new motor to produce around 45-50PS, giving the likes of the KTM 390 Adventure a good run for its money.

Much like its rallying sibling, this prototype bike is running a tubular steel trellis chassis. It gets a bolted-on rear subframe, which was wrapped up for some reason. It gets a long-travel front USD fork with a forward-offset axle to reduce trail and steering effort. The swingarm seems to be a cast aluminium unit with a link-type monoshock. Much like a proper ADV, this Hero ADV prototype is running on a proper 21-/17-inch spoke wheel setup. The bike shown is running on top-spec Continental TKC 80 off-road rubber but when it does go into production expect it to run on something a bit more dual purpose.

There is no confirmation as yet regarding when we could see this bike hitting production. Considering that this is still in early prototype stages, it is highly likely that we might see a concept of the ADV at EICMA 2020. The earliest that we could see this motorcycle hitting our roads (and the trails) should be late-2021. Expect it to arrive with a price tag of Rs 2.2 lakh. Considering we have been waiting for the perfect ADV for nearly four years and the KTM 390 Adventure might not be the perfect solution as we were hoping, waiting a few more years for this Hero ADV could be worth it.

Until then, why not get yourself a Hero XPulse 200 with the rally kit, which has officially been launched at Rs 38,000. You could train yourself getting to grips with off-roading on this small Hero before the bigger ADV finally arrives. This rally kit will be available at select Hero dealerships across the country but it is not road legal. More details on the kit here.