Top 5 Things About The Biggest Pulsar You Want To Know 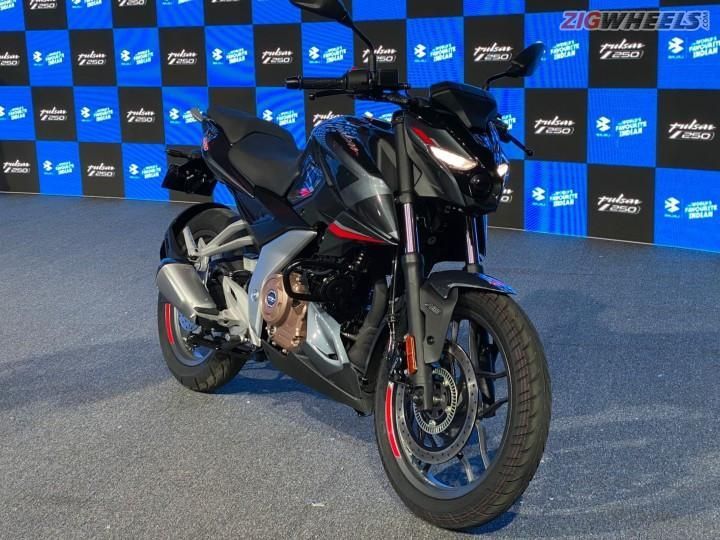 The 'Pulsar' moniker has been around for two decades, and now, the company has launched the Pulsar N250 and F250. These are the biggest bikes yet to carry the 'Pulsar' tag, and here are five key things you should know about the new naked:

Dawn Of A New Era

The Bajaj Pulsar N250 gets an all-new fascia and bodywork. While its robot-like face may resemble a certain Japanese streetfighter, the rest of the bike looks fresh and thoroughly modern. Not only has Bajaj taken a new design approach, but also used a new tubular frame for the 250 twins. This also speaks volumes about the new direction in which the bike maker may be headed with the Pulsar lineup. We may soon see its smaller siblings take inspiration from this quarter-litre naked.

Bajaj hasn't reworked the old 220cc mill from the Pulsar 220 F but built an entirely new motor from the ground up. The new air-and oil-cooled 249.07cc single-cylinder motor (paired with a 5-speed gearbox) belts out 24.5PS and 21.5Nm. The Pulsar N250 also comes with a slip-and-assist clutch, a feature not seen in any of its closest rivals in the quarter-litre segment.

A Step Up In Features

There's no connectivity feature or fancy digital display, but the new semi-digital bezel-less display looks modern and packs all the basic information, including gear position indicator, distance-to-empty, and real-time fuel efficiency. Bajaj has also equipped the bike with a USB charger, a first for a Pulsar and an excellent practical feature to have.

In typical Bajaj fashion, the Indian bike maker has utilised components -- alloy wheels, brakes, and suspension -- from its other siblings to keep costs in check. But at this price point, the bike comes equipped with single-channel ABS, which is a tad disappointing.

Bajaj has been known to introduce new motorcycles with an aggressive price tag, and the Pulsar N250 is no different. At Rs 1,38,000 (ex-showroom Delhi), it is Rs 5,000 more expensive than the Pulsar NS200. The N250 is one of the most affordable quarter-litre motorcycles on sale at the moment, second only to the Yamaha FZ25.