Everything You Need To Know About Aprilia's Flagship Superbike

Apart from a larger motor, Aprilia has also made some cosmetic changes to the RSV4 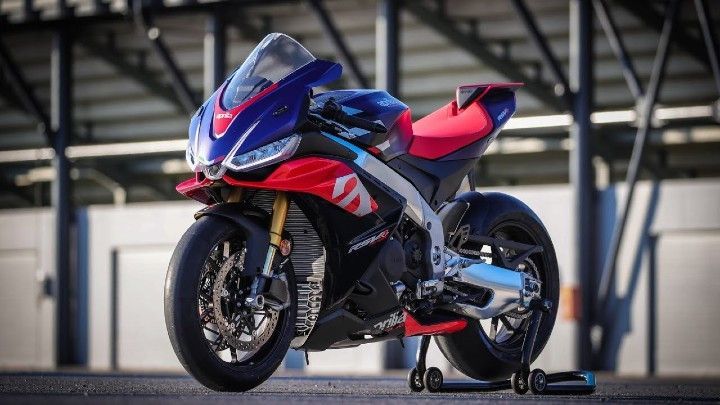 While the COVID-19 pandemic has brought all our riding plans to a halt, we are optimistic about the future. Of all the upcoming bikes that we anticipate, the 2021 Aprilia RS4V is somewhere on the top of the list and here’s why:

In its quest for more power, Aprilia has bumped up the V4 motor with a few more cubic inches. The engine now displaces 1,099cc, as opposed to the previous 1,077cc motor. The updated mill makes 217PS at 13,000rpm and 125Nm at 10,500rpm (3Nm more than the previous model). It’s mated to a 6-speed gearbox assisted by a quickshifter.

If you haven’t noticed already, the 2021 bike has also received a cosmetic overhaul. Its front end is evidently similar to the youngling, the Aprilia RS 660, which too should be launched sometime soon. The triple-LED headlight with DRLs also gets the cornering lights for added illumination on the inside of the bend.

The winglets are integrated into the fairing and not only allow more high-speed stability, but also aid in engine cooling by diverting the hot air away. The fuel tank as well as the saddle, have been redesigned and now offer more space with a better riding position.

Similar Underpinnings
Aprilia hasn’t fiddled much with the springs and the stoppers on the latest iteration of the RSV4. It continues to be suspended on a 43mm USD Sachs front fork with rebound and compression adjustability and a Sachs adjustable monoshock. However, inspired by its MotoGP machine, the new RSV4 gets a lighter swingarm with a reinforced lower brace.

Like before, even for 2021, there’s a slightly hardcore version of the standard model, dubbed the Aprilia RSV4 Factory. It gets the forged aluminium wheels, semi-electronic suspension from Ohlins, and Brembo Stylema callipers.

Launch Timeline
Expect Aprilia to bring the standard RSV4 in India with a price tag of Rs 25 lakh and the Factory variant with a premium of Rs 2-3 lakh over the prior model. With the ongoing pandemic situation, expect Aprilia to launch the bikes in the second half of 2021.