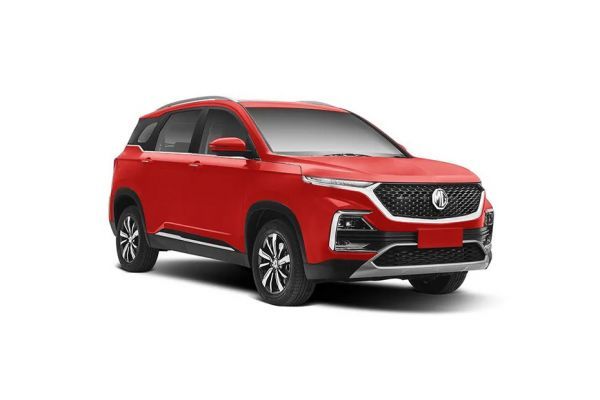 Latest news: MG Motor India has announced that the Hector has garnered 50,000 bookings since its launch.

The Hector can be had with a BS6 turbo petrol engine which displaces 1.5-litres and makes 143PS and 250Nm. A BS4 2.0-litre diesel engine is also available. Both petrol and diesel engines come with a standard 6-speed manual transmission. The petrol motor also has a 6-speed dual-clutch transmission on offer.

MG also showcased a 6-seater variant of the Hector SUV at Auto Expo 2020. The third-row-equipped Hector could be launched by the festive season this October.

The MG Hector can be had with a 1.5-litre turbo petrol or a 2.0-litre diesel motor. The 1.5-litre petrol motor churns out 143PS of power and 250Nm of torque. It is also offered with a 48V mild-hybrid system which improves the fuel efficiency and provides torque boost. The 2.0-litre diesel motor, on the other hand, is the same Multijet diesel found in the Jeep Compass and puts out 170PS and 350Nm. While the petrol, mild-hybrid petrol and diesel come mated to a 6-speed manual, the 7-speed DCT can be had with the petrol only.

It has the right mix of aggression and ornamentation for a modern-day SUV. Those LED DRLs sparkle brightly as they are squeezed against the hood. The generous but tasteful use of chrome as it cradles the large grille and arcs around the fog lamps adds to the glitter effect. Then there are the all-LED headlamps and tail lamps which are available in all variants except for the base! The ORVM-mounted turn indicators, skid plates and roof rails ensure that even the base variant doesn’t look barebones either!It dwarfs other MG SUVs and its competition here in India too. Incredibly, it is longer than the Tata Harrier by a solid 57mm. That is an incredible stat, considering that the Harrier is larger than the Honda CR-V. From the rear, the Hector has some striking similarities to a German brand’s SUV design. The clamshell bonnet and tail lamps that fan out have a Q-factor to them. Get it? Despite the slight gangliness or its derived design, the Hector comes across as a head-turning SUV.

Tata Harrier: We don’t see any major deal breakers with the Harrier. It’s loaded, spacious, drives well and is built like a tank. Tata’s best yet? Without a doubt.

Mahindra XUV500: Like most Mahindra vehicles, the XUV offers a lot for the money. Quality is a bit of a hit or a miss, and there are known niggles too. But that doesn’t take away from the fact that Mahindra’s big boy is a well-packaged SUV for those who love munching miles.

Hyundai Creta : The Hyundai Creta might be a vanilla package, but that doesn’t stop it from being a potent one. It’s got the mix of looks, features and drivability which ensures thousands throng the showrooms. The waiting periods can get annoying though, so be warned!

Jeep Compass: If that Jeep badge tugs at your heart, the Compass is currently the most affordable way to scratch that itch. In return, you get a solidly built, fun to drive brute that can tear through the scenery if needed. Not a bad deal, we say!

Kia Seltos: The Kia Seltos looks stunning, is really well built and is packed to the gills with features. There's an exhaustive list of variants, two trim packages, three engines and automatic options in both diesel and petrol power. It handles and drives like a car and the only real downsides are it rides a little on the stiff side and doesn't really give off those big SUV feels some people crave.

MG Hector - a little known British name pasted onto on a China-sourced offering. How does it plan to cosy up to India’s SUV lovers?