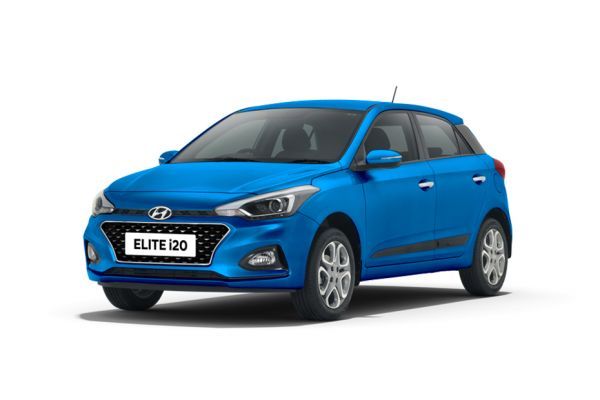 The third-gen i20 hatchback is on its way and has been spied testing in Europe. A redesigned front-end with a bigger grille, redesigned headlights, tail lamps and LED projector fog lamps are some of the changes that can be expected in the new model. The upcoming i20 is expected to retain the 1.2-litre petrol and 1.4-litre diesel engines from its predecessor and it could even borrow the 1.0-litre turbocharged petrol engine from the Venue. A sportier N version was also spied testing, hinting at a probable Polo GTI rival. Expected to go on sale in mid-2020, the new i20 is likely to be priced at a slight premium over the current version.

Specifications Summary of Hyundai Elite i20

Editor's View of Hyundai Elite i20

All Elite i20 News

Top Competitors of Elite i20

All Elite i20 Comparisons
rvmp_n_gpopup

Must Read Questions & Answers Before Buying Elite i20

All Elite i20 Images

All Elite i20 Reviews

The engine options on the Elite i20 remain the same as before and in the same states of tune. The petrol variants are still powered by the 1.2-litre 4-cylinder engine that makes 83PS of max power and 115Nm of peak torque whereas the diesel variants are powered by the same 1.4-litre diesel making 90PS and 220Nm. Both engines can be paired with 5-speed and 6-speed manual transmissions. The diesel automatic has been discontinued but the i20 will get an automatic box in May. Hyundai claims that fuel efficiency has improved by 9 per cent; tank capacity, on the other hand, has been reduced by 5 litres to 40 litres. According to our tests, the diesel returns 15.32kmpl in the city and 21.29kmpl on the highway.

The Elite i20 is available in 12 variants in total: 6 petrol variants and 6 diesel variants. The petrol variants are priced between Rs 5.35 and Rs 7.90 lakh while the diesel versions are priced between Rs 6.73 lakh and 9.15 lakh (all ex-showroom Delhi). ABS and dual front airbags come as standard. Central locking and speed-sensing auto door locks are also part of the standard package across the range but ISOFIX mounts and curtain airbags are reserved for the Asta(O) only. The 7.0-inch touchscreen infotainment system is available with the Asta variants only along with rear parking sensors and reversing camera. The Spotz and Magna Executive on the other hand make do with a 2-DIN system and no parking aids.

Elite i20 Exterior and Interior

Most of the changes made to the Elite i20 are cosmetic in nature, as you would expect from a facelift. The new grille up front is essentially a beefed up version of the older one. The front bumper looks sharper and gets smaller front fog lamp enclosures. A cool touch here is that they include slim air curtains to reduce drag. It also gets restyled 16-inch alloys on the Asta dual-tone and Asta (O) variants which are lifted directly from the Euro-spec car. At the rear, the tail lamps have been redesigned, but the biggest change however is that the number plate has been shifted from the bumper to the tailgate, which has already divided opinions.

The cabin is mostly the same as before. You still get the dual-tone dash finished in beige and black, with the trademark Hyundai steering wheel and a similar centre console layout. There are however subtle changes, like one of the 12V sockets in the centre console that has been replaced with a USB port. The MID or multi-information display has been tweaked and is more comprehensive. The 7.0-inch touchscreen infotainment is still in place but features a revised user interface and the Arkamys sound tuner system. Hyundai has also added the Auto Link telematics app that allows users to remotely access information like distance travelled, hard braking or acceleration and travel time. The all black interiors are available with the dual-tone variants only. The dual –tone variants also feature coloured accents in the cabin as well. The dual-tone paint is available with the Asta variant only and also gets adjustable rear headrests, 16-inch alloy wheels and costs Rs 25,000 over the standard Elite i20 Asta.

Ford Figo : The Figo is an all-rounder that does a bit of everything. It’s spacious, well-equipped and, if you pick the diesel (especially in the S trim), it’s a hoot to drive as well. Did we mention it sips through a pinched straw all the time?

Volkswagen Polo : The Polo may not have set the sales charts on fire but it has its own little fanclub. Primary reasons being the rock-solid build quality inside out, and the fun-to-drive engines in the GT variants. It might seem a bit dated to some, but we aren’t complaining just as yet!

Honda Jazz : With space that could shame a few apartments in Mumbai, the Honda Jazz is a sensible hatch for the practical lot. The engines are refined, equipment levels are on par with its peers and it’s backed up by Honda’s reputation for reliability and after-sales support.

Maruti Suzuki Baleno: A properly well-rounded package, the Baleno is hard to fault. It’s got the right mix of fun, practicality, tech and frugality.

The Elite i20 has stood the test of time and the facelift does just enough to keep the it relevant in a highly competitive segment. The new i20 features a few changes but is essentially still the same car with slightly improved driving dynamics. So if you’re looking for a frugal yet youthful family hatch, the i20 is still a viable option.

Save Big on Used Elite i20
View 70 Used Cars

All Upcoming Cars
View All
View All

Elite i20 Price in India