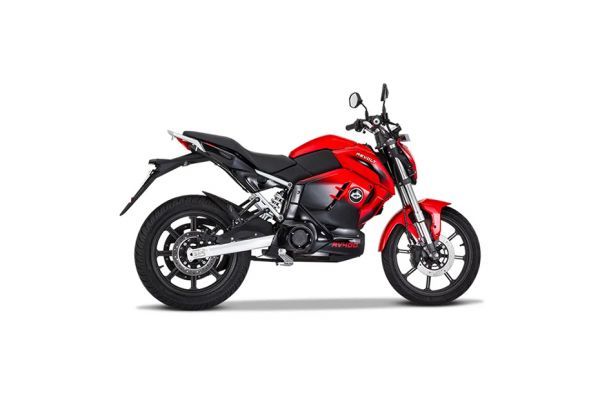 The Revolt RV 400 is the first electric bike to go on sale in India. It offers performance equivalent to a 125cc commuter motorcycle but comes with a contemporary design language.

The first batch of the Revolt RV 400 has been sold out in Hyderabad and Ahmedabad. In Hyderabad, it sold out within 24 hours and in Ahmedabad in 72 hours. Deliveries in both cities will commence from mid-June 2020. Bookings for the second batch have also commenced in the two cities and deliveries are slated to start from around mid-June-mid-July 2020.

Revolt has hiked the prices of the RV400 by Rs 5,000 -- the Cash Down plan now costs Rs 1,03,999. Even the subscription-based My Revolt Plan sees a small change. You continue to pay Rs 3,999 as instalment but instead of paying for 37 months, you would now have to pay for 38 months. The brand already has its Revolt Hubs in Delhi, Pune, Ahmedabad, Hyderabad, and Chennai.

The Revolt RV 400 draws power from a 72V 3.24kWh lithium-ion battery. It takes around 4.5 hours to charge completely using a 15A socket. If you’re in a hurry, the battery can be simply swapped at the Revolt Swap Station. This considerably reduces the downtime for recharging compared to conventional electric vehicles with non-removable batteries. The battery is linked to a 3kW motor, which generates 54Nm of torque. The bike comes with an ARAI-certified range of 156km per charge and a top speed limited to 85kmph. The Revolt RV 400 electric motorcycle features an aluminium subframe and swingarm. Suspension components comprise an inverted front fork and monoshock at the rear with screw-type preload adjustability. The electric bike comes to a halt using a 240mm disc on both ends with CBS as standard.

Revolt IntelliCorp has teamed up with Super Soco as its platform partner. Not surprisingly, the Revolt RV 400 electric bike bears resemblance to the Super Soco TS electric motorcycle. The bike gets a sleek LED headlamp up front and easy-to-reach wide handlebars for upright ergonomics. The side panels are completely covered and there’s a lid in place of the fuel tank. It houses the removable lithium-ion battery, which is also lockable. The rider’s footpegs can be interchanged in case the rider wants a mid or rear-set footpeg position. The rear is dominated by the long fender, which doubles up as a licence plate holder. The indicators are mounted on the fender as well.

The Revolt RV 400 e-bike comes with a full-LCD instrument cluster and 4G connectivity. The bike can be paired to one’s smartphone via the Revolt app to check details like travel history, battery health, range, nearest swap station and the likes. Users can also set a geofencing radius via the app for added security. For optimum security, it comes with keyless ignition. As far as safety is concerned, a Combined Braking System (CBS) is offered as standard. Another unique feature is the artificial ‘engine note’ that comes via speakers in the motorcycle. Using the app, one can also change the tune to make the bike sound like different petrol-powered motorcycles while riding.

There are no natural rivals to the Revolt RV 400 but when it comes to EVs, the Ather 450X, TVS iQube Electric, and the Bajaj Chetak electric are worthy alternatives.

The mileage of Revolt RV400 is 150 Km/Charge. This is the claimed ARAI mileage for all the variants of RV400.
View User Reported Mileage

Can India’s first electric motorcycle, the RV 400, convince us to ditch our petrol bikes and go green?