More Than Subsidies, Financing Of EVs Should Be Much More Convenient: Chargeup CEO

We caught up with Varun Goenka, CEO of Chargeup, a battery-as-a-service company for some insights about the firm and the Indian EV industry in general 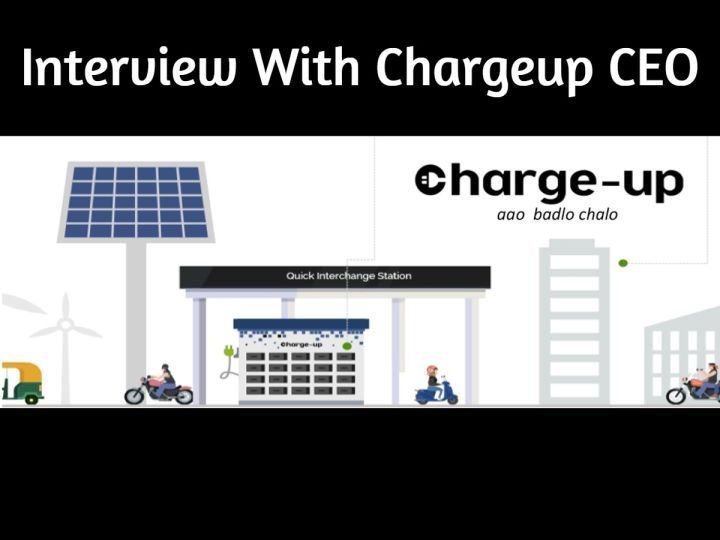 Swappable battery technology is fast gaining importance in the Indian two- and three-wheeler industry and the Union Government has been particularly bullish about this tech, and is encouraging players that offer Battery-As-A-Service (BAAS).

We got the opportunity to have an interaction with Varun Goenka, CEO and Co-Founder of a Delhi-based BAAS startup called Chargeup and received some interesting insights into the company, as well as the EV industry in general. Here are the highlights from the interaction:

The Indian automotive segment went through a major rejig during the pandemic, and the effects of Covid-19-induced lockdown had a major impact in consumer behaviour as well as the economy. When asked about how this affected the commercial EV space, Goenka said, “(As for the) commercial EV segment, frankly, that wow moment came after the substantial increase in oil prices, and that was the key reason…” Goenka revealed that In the three-wheeled last-mile connectivity segment, EVs account for 56 percent of the market share, whereas electric two-wheelers stand at almost four percent.

Goenka also revealed that the electric three-wheeler market has been showing massive potential and in fact the numbers from research and reports that have been predicted for this calendar year have already been surpassed. In another twelve months, he believes, the three-wheeled EV segment’s market share should cross another 35-odd percent.

Goenka revealed Chargeup offers 2kWh Lithium-ion batteries with a 40Ah, 48-volt configuration. The batteries are standardised and have thermal management systems to prevent a thermal runaway event (read: going up in flames).

The batteries are compatible with all makes of three-wheelers, and a few two-wheelers as well. The company designs its specifications and procures the batteries with the same spec through its suppliers. The company claims that the 26kg battery can be swapped in two minutes and is good for covering a daily distance of 200km.

Customers can either pay-per-use or go for a subscription service, depending on their requirement. The batteries will have to be swapped only at Chargeup’s swap stations and cannot be charged at home as it has inbuilt software-based protocols against unauthorised charging.

At the moment, Chargeup is present in the NCR region including New Delhi, Gurugram, Ghaziabad and Noida. Goenka says the northern and eastern belt of the country has enough density of EVs, and plans to expand to more cities soon.

Goenka says for cell manufacturing, the hub is China and Taiwan at the moment. India has more of a battery assembling industry, but now the government has started focusing on the cell manufacturing aspect as well, citing Ola Electric’s recent indigenously developed cell as an example.

That said, he feels the majority of batteries will be imported, at least for some time. While battery cells are one part of the equation, the primary engineering happens beyond the cell level, and that’s what most of the Indian OEMs are building up their R&D efforts towards. So, thermal engineering, Battery Management Systems (BMS) are some of the key areas witnessing major developments.

Regarding subsidies for commercial EVs:

Goenka says the subsidies are extended towards commercial vehicles apart from private EVs, and he also revealed the commercial EV segment hasn’t reached the subsidy limit yet. That said, he feels subsidies are more of an initial measure to push EV adoption.

He explains, over a time when the industry starts adopting new (electric) technology, it’s more about efficient financing of EVs, and opines that the government can move the EV sector into the priority sector lending, making the financing of EVs much more convenient and efficient.

Plans of teaming up with major OEMs:

When asked about teaming up with major manufacturers to offer swappable batteries - like how Hero MotoCorp did with GoGoro - Goenka said the company is in advanced stages of discussions and will be making an announcement soon.

With the steady increase in electric two-wheeler adoption, BAAS companies like Chargeup have real potential to shape the country’s EV space. The future certainly seems pretty interesting, doesn’t it? 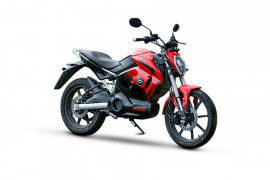 All Comparisons of RV 400