First impressions of Maruti’s flagship crossover were positive, but does the S-Cross impress in the long run? 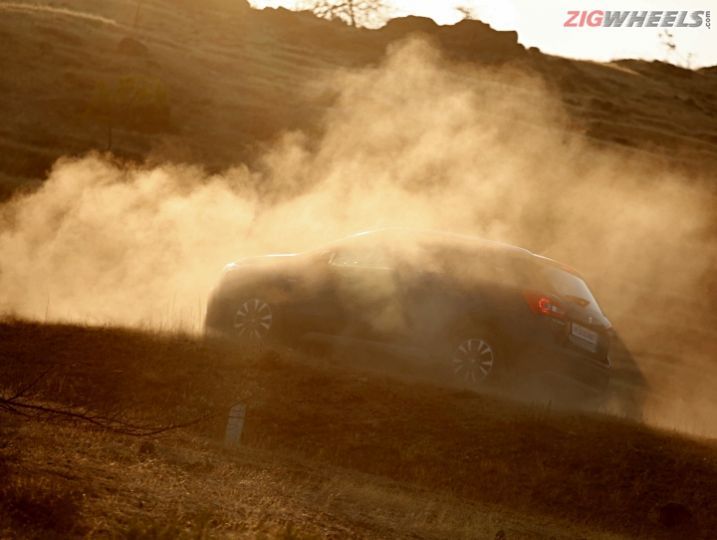 The S-Cross seemed to have caught the same bug that Maruti’s previous flagship cars have had - a case of not having the same appeal to buyers as almost every other Maruti priced below it. Swanky new dealerships offering a premium buying experience, lowering prices and giving customers their money back, and trying to woo the enthusiasts with a bigger, more powerful engine didn’t help much. But the S-Cross recently got a comprehensive facelift, a mild-hybrid system and a bunch of new features which impressed us during the first drive back in September 2017. So, is it a more sensible buy now?

It seems like the S-Cross has been to the plastic surgeon’s for a quick nip and tuck with instructions that read ‘make me look angry all the time’. Everything at the front has been changed to give it that ‘SUV-ish’ look - the bumper, the lights, the grille and even the bonnet!

If the hatchback-like look of the older S-Cross was the only reason why it didn’t sell as much, the new one may have more chances of success. The large, ten slat chrome grille sits high up, flanked by new projector headlamps with bright LED DRLs (the older car had LED position lamps only). The bumper adds to the visual mass with its edges jutting out and the black cladding taking up more space, while the bonnet gets new creases for that ‘ripped-muscle’ effect.

Move to the side and you’d almost feel like nothing’s changed, except for the alloy wheel design. Also new, but not as noticeable, are the new tyres - the 215/60 R16 rubber from JK have replaced the 205/60 R16s from before, adding some visual bulk to the side. At the rear, at least on this top-end Alpha variant, the S-Cross gets new LED taillamps which complement the angry looking front-end. Lastly, there is that gleaming new silver and blue ‘SmartHybrid’ badge - this is not just a simple facelift.

While some may lament the discontinuation of the powerful, but flawed 1.6-litre DDiS 320 engine, the ‘SmartHybrid’-equipped DDiS 200, 1.3-litre engine in the new S-Cross would make the rest very happy.

The SmartHybrid system, paired with the 1.3-litre, Fiat-sourced Multijet engine is not new; it was first introduced on the Ciaz back in 2015. But, it is surprising how Maruti has been able to adapt this for different cars. A larger battery and a large integrated starter generator help conserve fuel by enabling auto start/stop in bumper to bumper traffic. The ISG is also powerful enough to give some assistance to the engine in its weak spot, below 2,000rpm, which reduces the load on the engine and further improves efficiency. When cruising, the ISG recharges the battery for the next time it needs to restart or assist the engine.

The torque assist does not make the new S-Cross faster than before (the previous 1.3 S-Cross we mean) - a 0-100kmph time of 13.42 seconds is respectable from an engine whose maximum power (90PS) and peak torque (200Nm) figures have not changed. What it does though is make it very, VERY, efficient! In our tests, the S-Cross returned 20.65kmpl on the highway in spite of a 5-speed gearbox. Most impressively, it managed 19.15kmpl in the city! To put that into perspective, the 45kg lighter Maruti Vitara Brezza managed to return 21.7kmpl in the city.

The S-Cross has also become a lot more driveable in the city, thanks to the addition of the SmartHybrid system. You can feel the ISG working its magic as the engine revs smoothly from low speeds, unlike previously when the engine would feel bogged down till the turbo spooled up at around 2,000rpm and propelled you forward with a wave of torque. The torque assist also improves the engine’s responsiveness at low speeds, so pottering around the city even in third gear is a possibility now. The lack of a ‘kick’ and the ease with which the engine pulls at lower speeds leads to minimal gear changes, and in turn, a very relaxing commute in the new S-Cross.

The S-Cross is no scorcher; it is still a 1.2-tonne car powered by a small diesel engine. Trying to drive fast requires patience and a lot of gear changes. The lack of power makes itself apparent when trying to overtake at higher speeds and forces you to plan your moves. The S-Cross isn’t a particularly quick car, and if you can accept that, you will enjoy driving this new crossover.

Maruti may not admit it, but it has fiddled with the ride of the S-Cross. The new S-Cross silently glides over expansion joints and smaller potholes, whereas the previous car would crash over them. Maruti seems to have made the ride more supple with reworked dampers and fatter tyres.

On the flipside, the S-Cross does roll into corners more than before. When driven back-to-back, the new S-Cross feels slightly more hesitant to change direction, generates more side-to-side movement and also dives slightly under braking. The good thing, though, is that these hardly make the S-Cross any less amazing. In fact, the supple ride is one of the big highlights for the non-driving occupants in the car, considering…

...on the inside. You know immediately that most of the effort in developing the S-Cross facelift was spent on the exterior design, the new engine and the suspension. The sea of black and silver highlights that greet you on the inside will feel familiar, unless you look closely. The crossed texture on the dashboard has been smoothed out; not the best move, as now the interior looks rather bland. The instrument cluster now features a cool blue honeycomb theme with the ‘SmartHybrid’ logo placed prominently on the speedometer. A gear indicator and new tell-tale lights for the cruise control as well as the SHVS complete the list of changes on the inside.

The S-Cross’s cabin is a comfortable place to be in; the 1405mm wide cabin at the front (50mm more than the Honda City) and 1350mm wide cabin at the rear (+70mm) makes it comfortable enough for five passengers of average build. The front seats are well contoured and the faux-leather covers make them feel nice. The rear bench backrest can be set in three angles, though its most upright setting is not very comfortable. Also, you walk into the car rather than sitting down into it - in short, ingress and egress is easy thanks to the doors, that open wide, and slim door sills. While the 353-litre boot is small - even in comparison to its smaller sibling, the Vitara Brezza (328 litres) -, the rear seat can be split folded in a 60:40 ratio or folded flat for 810 litres of luggage space.

The S-Cross has an impressive array of features for the price. At Rs 11.33 lakh, it is the only SUV/crossover in its range to offer a 7.0-inch touchscreen with in-built navigation, Android Auto and Apple CarPlay, reversing camera, tilt- and telescopic-adjustable steering wheel, rain-sensing wipers, automatically leveling light-sensing headlamps and, if you plan to go on long highway stints, a cruise control system.

Surprisingly, the S-Cross is still not offered with rear A/C vents! For a car of its size, and one which has an all-black interior, the S-Cross desperately needs rear A/C vents. This is also one of the only features that both the Honda BR-V and the Hyundai Creta have to their advantage.

Give it a chance

There is no denying that the new S-Cross is a very attractive crossover for the price; it now looks the part too with the angrier and muscular face, can seat five people comfortably, its ride quality is simply unmatched, it is feature loaded and has a mind-bogglingly efficient engine. It may have lost the grunt of the 1.6-litre unit, but this is not meant to be a performance machine anyway.

Not only does the S-Cross hold its own among competitors like the Honda BR-V, Hyundai Creta and the Renault Duster, in its ‘Zeta’ trim (Rs 9.99 lakh), but is also much more attractive than the Vitara Brezza (ZDi Dual Tone - Rs 9.95 lakh). More interior space, better interior quality, a very comfortable ride, in comparison to the Brezza, and an efficient engine should make the S-Cross worthy of your attention!