According to Stefano Pelle, CEO, Piaggio Vehicles India, the Italian manufacturer will launch the Vespa 946 and the GTS 300 scooter in the Indian market by mid-2016. Both the scooters will enter our market via the CBU route 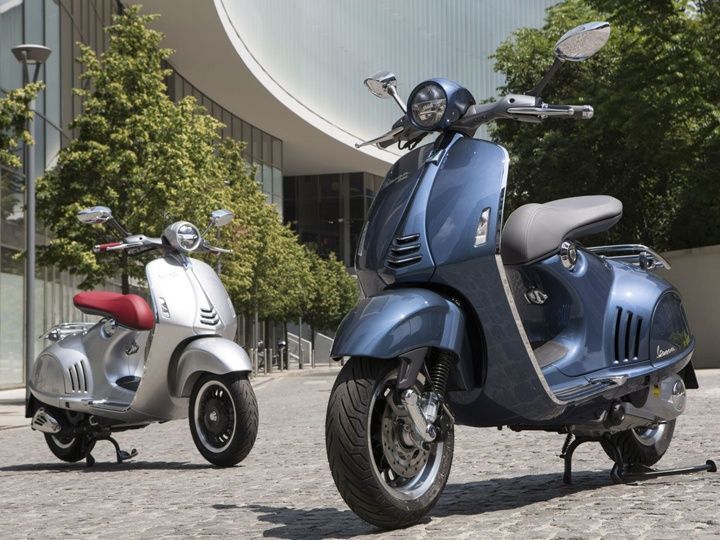 Vespa is all-set to launch two new scooter offerings in the Indian market. According to reports, the Italian manufacturer will be launching the new Vespa GTS 300 and the Vespa 946 in India by mid-2016. The announcement about the two new scooters was made by Stefano Pelle, CEO, Piaggio Vehicles India which is the parent company for Vespa. The Vespa 946 was first showcased in the Indian market at the 2014 Auto Expo in Delhi while the GTS 300 was publicly displayed at the 2015 India Bike Week motorcycle festival in Goa. Both the scooters will be brought to the Indian market via the CBU route and will be priced at a premium and be sold exclusively via the Motoplex dealership network.

The Vespa GTS 300 is the most powerful offering from the portfolio of the Italian two-wheeler manufacturer. Even though the GTS 300 is the most powerful in the Vespa family the styling of the scooter is similar to any other offering from the Vespa with the quintessential Italian styling. The Vespa GTS 300 employs a part-analogue-part-digital instrument console with a LCD display that houses the fuel gauge, trip mete, odometer and clock. Powering the scooter is a 278cc, single-cylinder motor churning out 21.2PS of peak power and 22.3Nm of maximum torque. Since it’s the most powerful scooter from the stables of Vespa, the GTS 300 features traction control and a two channel ABS system.

The scooter features an all-steel body which Vespa claims helps in the handling dynamics and high speed stability of the scooter. Braking is done by 220mm dia disc brakes at front and rear which is necessary given the claimed top speed of 128kmph. Suspension duties are handled by single hydraulic shock absorbers at front and twin shock setup at the back. Vespa claims the GTS 300 has a fuel efficiency figure of around 28kmpl which is good for a 300cc automatic scooter. The Vespa GTS 300 will carry a sticker price of around Rs 5 lakh ex-showroom.

The Vespa 946 has to be one of the most radical scooters to be ever put to production and its retro-futuristic design gives an indication to the styling cues of future generation Vespas. The major design highlights of the 946 is its floating saddle which is hinged on a cast aluminium support, full LED headlamp and taillight and LCD instrumentation cluster. The Vespa 946 is offered in two engine options, a 125cc and 150cc mill respectively, both of which employ 3-valves and fuel injection. The flagship 150cc engine pumps out 13.2PS of power and a torque figure of 12.6Nm and will be the one heading to our shores. Piaggio has loaded the 946 with electronic goodies like disc brakes at the front and rear with ABS (anti-lock braking system) and ASR (anti-slip regulator) Traction Control, which, with the aid of electronic system, helps the rear tyre from slipping.

The body of the 946 is crafted from welded steel, but for the first time in Vespa’s history they have employed aluminium components in the frame and mudguard to make the scooter lighter and durable. Given the fact it will be a CBU offering, expect the Vespa 946 to be priced around Rs 9 lakh ex-showroom making it the most expensive scooter to be sold in India. It wouldn’t be setting the sales chart on fire but will act as a model to showcase Vespa’s design and engineering skills to the Indian consumers and to increase brand awareness of the Italian marquee in our country.