Piaggio India head, Stefano Pelle said that the Vespa GTS 300 scooter is currently undergoing homologation with an expected launch by late 2016 in India at a pricing of around Rs 4 lakh ex-showroom 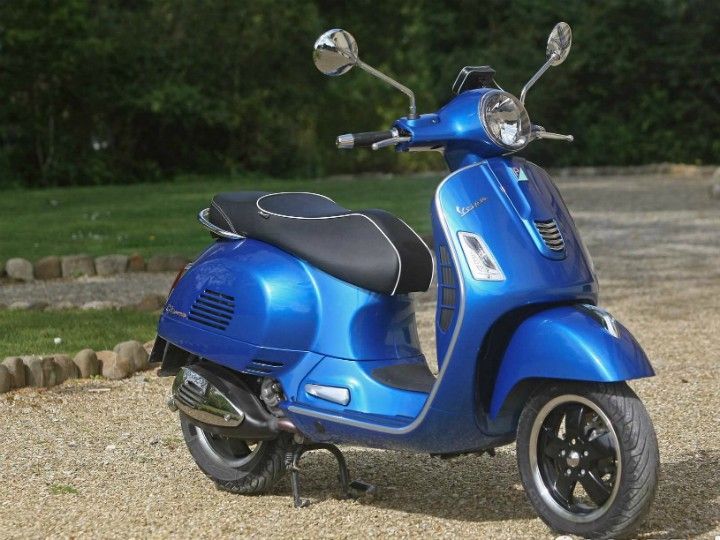 Piaggio India is on an aggressive run in the Indian market. Last year, it launched the Vespa VXL and SXL 150cc scooter offerings which still remain the highest displacement locally manufactured scooter on sale. At the 2016 Auto Expo it surprised everyone by revealing the Aprilia SR150 scooter and also announced that the new scooter will be manufactured at its production facility in Baramati. The SR150 will go on sale in August and will be the first Aprilia offering to be manufactured in India. Now, Stefano Pelle, MD and CEO, Piaggio India has announced that more powerful and premium Vespa offerings are heading our way in 2016.

He announced that the Vespa GTS 300 scooter will make its Indian debut by late 2016 and currently the scooter is undergoing homologation. The decision to locally assemble or direct import the GTS 300 will be taken based on the response received by the Vespa scooter. Our readers will remember the fact that the 278cc displacement scooter was showcased at the 2016 Auto Expo and later at the 2016 India Bike Week motorcycle festival in Goa.

The  styling of the scooter is similar to any other offering from the Vespa with the quintessential Italian styling. The Vespa GTS 300 employs a part-analogue-part-digital instrument console with a LCD display that houses the fuel gauge, trip mete, odometer and clock. Powering the scooter is a 278cc, single-cylinder motor churning out 21.2PS of peak power and 22.3Nm of maximum torque. The powerplant is a liquid-cooled unit and employs electronic fuel injection. Power is transmitted to the rear-wheel via a CVT transmission.

Since it’s the most powerful scooter from the stables of Vespa, the GTS 300 features traction control and a two channel ABS system. The scooter features an all-steel body which Vespa claims helps in the handling dynamics and high speed stability of the scooter. Braking is done by 220mm dia disc brakes at front and rear which is necessary given the claimed top speed of 128kmph. Suspension duties are handled by single hydraulic shock absorbers at front and twin shock setup at the back. Vespa claims the GTS 300 has a fuel efficiency figure of around 28kmpl which is good for its displacement. The Vespa GTS 300 has been priced at Rs 4.1 lakh in the US market and we can  expect similar pricing as it will be brought in via the CBU route. This should make the Vespa GTS 300, the most expensive scooter to be ever sold in India.