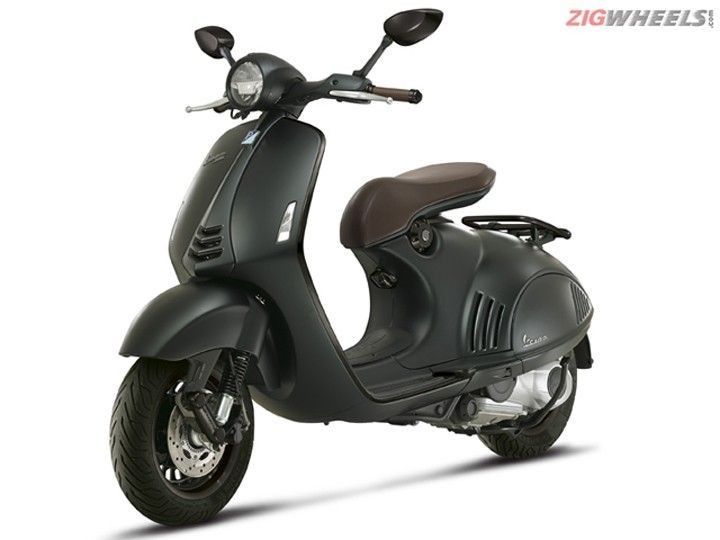 Here is a shocker for two-wheeler enthusiasts and scooter lovers too. We had earlier told you about the arrival of Vespa 946 Emporio Armani in India on October 25. However, the launch has been postponed to November and no specific reason has been associated with the same. While the exact date of launch has not been provided, we expect it to be launched in the festive season itself.

The Vespa 946 Emporio Armani was launched worldwide back in 2015 to mark the 40th anniversary of fashion house Giorgio Armani and 130th anniversary of Piaggio Group. It was even showcased at the 2016 Auto Expo. The scooter features a unique paint scheme that looks grey but, under certain lighting conditions, also reflects green in certain areas. Besides, there are a number of Emporio Armani badges, stickers and inserts on the scooter too. The two wheeler will be produced in limited quantities to maintain exclusivity and to that end, it will be sold in select countries only.

The Vespa 946 Armani Edition has a 125cc motor that makes 11.9PS power and 10.3Nm torque. The scooter features electronic goodies such as ABS and ASR (anti-slip regulator) traction control system. It has disc brakes at both ends. Among other features, it has full LED headlight and taillight and an LCD instrument cluster. Its seat, a part of its unique design, is hinged on a cast aluminium support. Among the only things that stand out on first look at Vespa 946 Armani Edition are its seat, hand grips and an optional bag, all finished in a deep dark brown shade of leather.

The Vespa 946 is expected to carry a price tag of close to Rs 10 lakh when it comes to India. A part of this huge price has to be attributed to the Completely Built Unit (CBU) route Piaggio will take to bring this scooter to India. This move alone doubles the cost of this scooter. However, discounting that aspect, the scooter would still be costly, going on to show just how exclusive this piece of motoring is.