Toyota Launches All New Prius In India At Rs 38.96 Lakh

The Prius, now in its fourth generation, is the first Toyota product to be based on the TNGA platform and will not be made in India for now 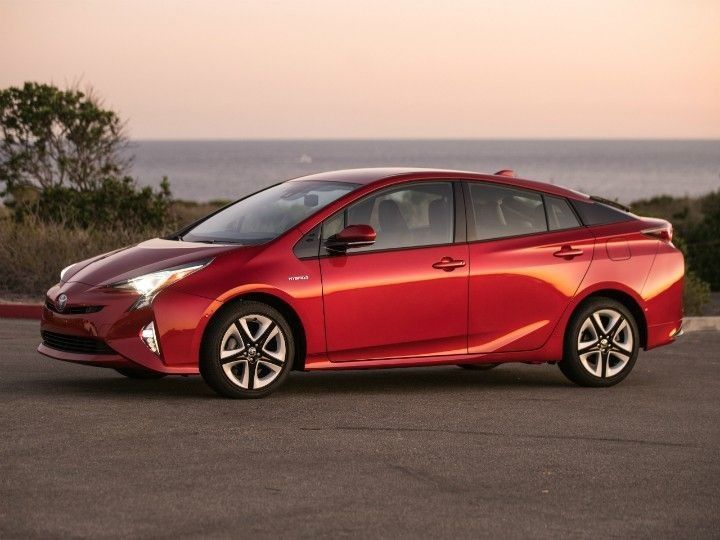 Toyota Kirloskar India, the Indian arm of Toyota Motor Corporation of Japan, has launched the all-new Prius in India. The Prius is in its fourth generation now and is based on Toyota New Generation Architecture. It is also the first product from Toyota to do so. The Prius has been priced at Rs 38.96 lakh (ex-showroom Delhi) and will be available in one variant only - the Z8. The bookings of the car have already commenced at Toyota dealerships across India. Since it is not being made in India, the Prius will not garner any benefits under the FAME scheme which its sister Camry Hybrid benefits from.

The Prius comes with a 1.8-litre 4-cylinder petrol engine which makes 98PS of peak power and 142Nm of peak torque. This motor has been paired to a 72PS electric motor. Together, they send the power to the front wheels via a CVT gearbox. The car utilises Hybrid Synergy Drive to make effective use of these two power sources by seamlessly switching between the two. While power figures are not known, Toyota has claimed that Prius will deliver fuel economy of 26.27kmpl. The Prius has LED headlamps with DRLs and LED foglamps too. The car rides on 15-inch wheels. Inside, it has leather seats and eco-driving indicator among other features. As far as safety is concerned, the Prius comes with seven airbags, ISOFIX anchors on rear seats, and host of technologies such as ABS, EBD, VSC and traction control. It has features such as a touchscreen infotainment unit with CD/DVD and 10 JBL speakers, HUD, wireless charger and dual auto A/C for comfort and convenience of the occupants.

Toyota launched the new Prius alongside the new Camry Hybrid. At the launch, Akitoshi Takemura, the senior VP of Toyota Kirloskar Motor said, "The Prius was the first hybrid model to be launched by Toyota in India and ever since then we have come a long way. The New Prius is an improvement keeping in mind the Prius DNA along with the FIRST ever introduction of TNGA in any Toyota Motor Corporation model. This together is the result obtained in the 4th Generation Prius. This continues to keep the Prius DNA intact which is 'Always ahead of its times'. The new Prius is a glimpse of the future expected in Toyota Models."

We had talked about the Prius coming to India back in 2016 (right here). Now, we only wish for Toyota to make this car in India. At least those who can afford it will be able to benefit from the Indian government's FAME scheme too.