Celebrating 20 Years Of The Prius With The Prius 2020 Edition 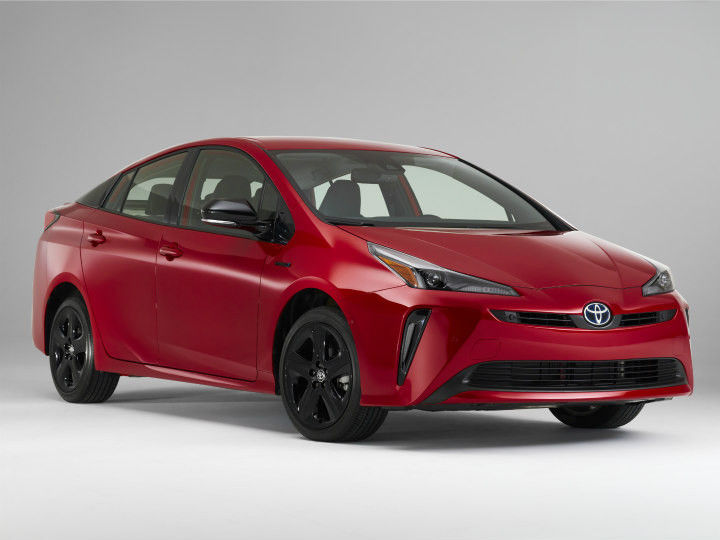 2020 marks an important milestone for Toyota: 20 years since the Prius Hybrid made its debut. While production of the hybrid sedan technically began in Japan in 1997, it wasn’t until 2001 that it was introduced in markets like the USA. Thus it became the world’s first mass produced hybrid vehicle. To celebrate this occasion, the carmaker has revealed a special edition Prius called the 2020 Edition for a 2021 launch in the US. As the name suggests, only 2,020 units of the hybrid will be produced. Here’re some of the special bits that come with the Prius 2020 Edition.

Starting from the exteriors, design highlights include blacked out inserts on the B-pillars, mirror housings, headlight components and the 17-inch alloy wheels. The rear spoiler is now color coordinated in red with features like the bi-LED headlamps and LED rear combination lamps being retained.

Heading inside, the Prius 2020 Edition gets 2020 insignia on the key fob, key fob glove, and floor mats. Other tweaks include a blacked out shift knob, A-pillar trim and a smoked finish for the HVAC vents. Standard equipment consists of a 8-way power driver’s seat, wireless phone charging as well as a 7-inch touchscreen audio system with Apple CarPlay. But now with the Prius 2020 Edition and the 2021 model, Android Auto compatibility will also be available.

In terms of safety, this and the 2021 Prius will come with the carmaker’s new Toyota Safety Sense 2.0 system. This consists of assists such as dynamic cruise control, pre-collision pedestrian detection, bicyclist detection, lane departure alert, and road sign assist.

Under the hood, the Prius continues to be powered by a 1.8-litre four-cylinder Atkinson-cycle petrol engine coupled with two electric motors and paired to a CVT transmission. Its hybrid system still operates in a relatively similar way to the original 2001 model. Some highlights if the hybrid system is that the engine cuts out at certain periods to utilize as much all-electric power as possible. It also features regenerative braking.

The Prius hybrid has gone through 4 generations since its launch in 2001, with each iteration getting bigger and more powerful than before. Over six million units have been sold worldwide, 1.9 million in the US alone. And now, Toyota keeps ploughing on by revealing that two new hybrids will be revealed on May 18, 2020.