It’s been raining SUVs lately and last week was no different. Here’s the top five car news from the last seven days

While some of you were busy standing in queues to cast your vote, most four-wheeler manufacturers in the country were busy unveiling new cars or announcing plans for the next couple of years. Hyundai not only gave us a chance to view its much anticipated sub-4 metre SUV, the Venue, up close, it also pulled the wraps off what could be the next-gen Creta in India. Meanwhile, an avid reader caught Kia’s upcoming Creta-rival undergoing testing wearing heavy camouflage on the streets of Mumbai. Renault, which is gearing up to launch the Triber, announced that it will launch a sub-4 metre SUV to revive its fortunes in India. Without further ado, let’s take a closer look at the major news from last week. 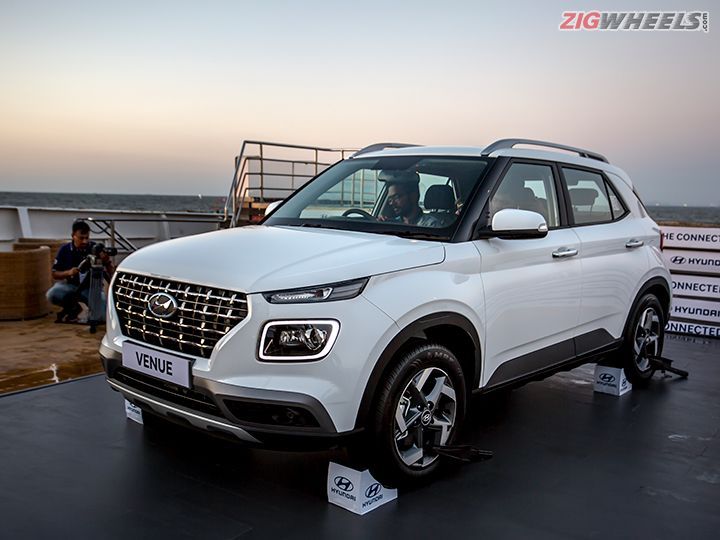 India’s first connected car is here. The Hyundai Venue equipped with the carmaker’s BlueLink technology was showcased recently and from the looks of it, the Venue seems to have what it takes to pip the Maruti Suzuki Vitara Brezza from the top spot in the sub-4 metre SUV segment. Head here to read Arun Shenoy’s first impressions of one of the most anticipated cars this year.

This year’s edition of the Auto Shanghai not only gave us a glimpse of the EVs we could expect from various car manufacturers in the coming years, it also gave Hyundai the opportunity to unveil the China-spec ix25 compact SUV. Some of you may already know that the outgoing version of the ix25 is similar the India-spec Creta. Hence, we believe the next-gen Hyundai Creta, which is currently under development, could be based on the SUV that was showcased recently. Click on the blue words to know more about the design, features and powertrain options that the next-gen Creta is likely to pack.

Likely to be called the Trailster or Tusker, Kia’s upcoming compact SUV was spied testing yet again. Codenamed the SP2i, the compact SUV seems larger than its primary rival, the Hyundai Creta. The test mules spied recently seem to be the top-spec variants of the SP2i. Although both versions do not seem to have a sunroof, expect the feature to be offered in the final production version. After all, Indian car buyers love a sunroof. Interested in knowing more about the upcoming SUVs? If yes, head here.

Renault India has announced that it is developing a sub-4 metre SUV to take on the likes of the above mentioned Hyundai Venue and Maruti Suzuki Vitara Brezza. The upcoming SUV, codenamed the HBC, will not only give customers more options in the already crowded sub-4 metre SUV segment, it is also likely to revive Renault’s fortunes in India, or so the French car manufacturer hopes. To know more about the upcoming SUV, click here.

A Day At The Porsche World Roadshow

After getting to drive the 718 Cayman at Porsche’s test track in Leipzig last year, Tushar headed to our very own Formula 1 track, the Buddh International Circuit, to sample the new 992-gen 911, the yet to be launched refreshed Macan and other gems from what is arguably one of the most accomplished sports car manufacturers in the world. So did he enjoy his first-ever track day at the BIC? Find out here.