These motorcycles are what our New Year’s wish list are made of! 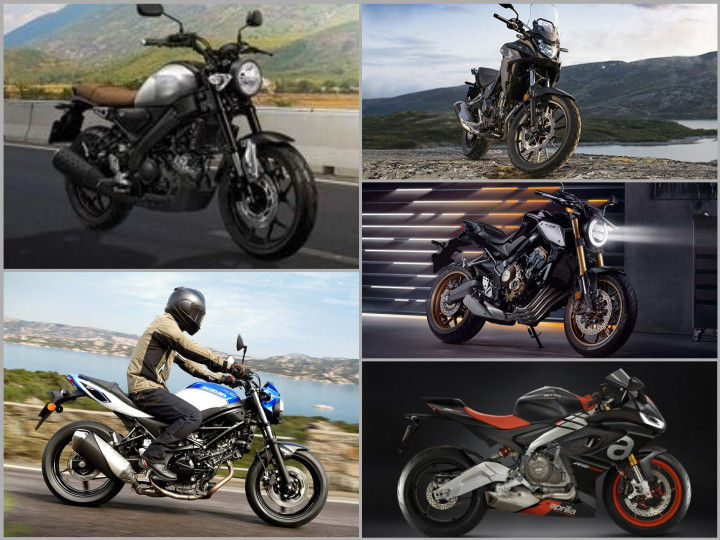 2020 is all set to be action-packed with a number of BS6-compliant two-wheeler launches. That said, there are quite a few interesting motorcycles sold abroad which we feel would be quite apt for our Indian market. Here are our top five picks that we wish they’d be launched next year:

The Yamaha XSR155 makes a lot of sense in our market as it comes with the technology-packed powertrain from the R15 Version 3.0, and it features a distinctive neo-retro styling to cash in on the recent trend. These aspects along with its inherently comfortable ergonomics make it a potent motorcycle for both city rides and weekend fun.

The bike was launched in Thailand, where the MT-15, another R15-based naked, is sold as well. Unlike the India-spec MT-15 we hope Yamaha would offer a dual-channel ABS in the XSR 155 as standard. Expect the India-spec XSR 155 to ride on traditional fork instead of inverted ones for the sake of competitive pricing. Speaking of which, Yamaha could price the bike at around Rs 1.4 lakh (ex-showroom), if it ever launches the bike in India.

Honda already offers both the CB300R and the CB1000R+. It is only logical that Honda would bring in the middleweight naked, the CB650R. Built on the Neo Sports Cafe design philosophy, the motorcycle is a delightful blend of retro design and modern Japanese technology (read sweet-revving inline four-cylinder 649cc motor).

Unveiled at the 2018 EICMA, the CB650R would be a perfect option for those who want the inline thrill of the CBR650R with more comfortable ergonomics and classic styling. Moreover, if Honda launches the bike in India via the CKD route, it will definitely be more affordable (likely around Rs 7.2 lakh) than the CBR650R, which retails at Rs 7.7 lakh (ex-showroom India).

The Suzuki SV650 is a neo-retro roadster with a characterful liquid-cooled V-twin motor shared with the V-Strom 650. Interestingly, the V-Strom 650 is already assembled in India and it would be easy for Suzuki to assemble this motorcycle here as well. Since it’s a two-cylinder motorcycle, it could command a lower price tag than the GSX-S750 and will be an ideal premium alternative to the Royal Enfield 650 twins. Expect Suzuki to price the bike at around Rs 6 lakh to Rs 6.2 lakh (ex-showroom), which could make it the most affordable big bike from Suzuki in India.

The motorcycle is pretty old school as it only gets a dual-channel ABS as standard in terms of electronic aids. That said, it comes with a low-rpm assist for ease of maneuvering at low speeds. With 76PS and 64Nm on tap, the Suzuki SV650 offers 5PS and 2Nm more than the UK-spec V-Strom 650.

Aprilia’s litre-class superbikes are nothing short of phenomenal. With the unveiling of the RS 660 at the 2019 EICMA, the Italian brand wanted to offer the taste of Italian exotic exhilaration in a smaller, more affordable package. If Aprilia launches this motorcycle in India, it will be sold via the CBU route, and is likely to cost about Rs 13 lakh (ex-showroom).

What makes this motorcycle well worth the money is that it gets its parallel twin motor sliced from the legendary RSV4. The 101.4PS motor is tempered by a host of electronic aids like traction, wheelie and engine brake control; cruise control and five power modes. The bike even comes with a quickshifter for clutchless upshifts and downshifts. MotoGP fans will be delighted to know that the bike gets aerodynamic winglets which are designed to offer optimum downforce and also to deflect the engine heat off the rider.

Touring-centric ADV leanings with long-travel suspension, butter-smooth parallel twin and Honda reliability make the CB500X quite ideal for our market. This segment in the country already has the Benelli TRK 502 and if Honda manages to assemble the motorcycle in India, it will give the Italian adventure tourer a really tough competition. Expect Honda to price it at around Rs 5.5 lakh (ex-showroom) in our market.

The motorcycle comes with comfortable touring-friendly ergonomics, tall windshield, full digital instrument cluster and a generous 17.7-litre fuel tank. This coupled with a claimed efficiency figure of 28.6kmpl, the bike can theoretically go a little over 500km on a tank full. There aren’t any rider aids in this motorcycle either, but with 47.5PS and 43Nm on tap, the bike is reasonably powerful without being too intimidating. The engine works in conjunction with a 6-speed transmission with assist and slipper clutch.