Will Yamaha give a befitting reply to the legendary Royal Enfields and Jawas with the XSR 155 in India?

Up until early 2019, Yamaha only had the XSR700 and the XSR900 under the Sport Heritage lineup of motorcycles. But things changed for the better when it launched the smallest neo-retro bike, the XSR155, back in August 2019 in Thailand. It was a very logical business move as the brand wanted to make inroads into the highly lucrative small capacity retro segment that has been dominated so far by Royal Enfield motorcycles.

Yamaha also announced last year that it will concentrate only on premium motorcycles and not commuter ones in India. While we have already received the R15 V3.0 and the MT-15, the Yamaha WR 155 R and XSR 155 are the only ones that are yet to be launched in India. A week ago, the XSR 155 was launched in the Philippines, rekindling speculations about its launch in this country. Here’s what we think:

One size fits all platform: 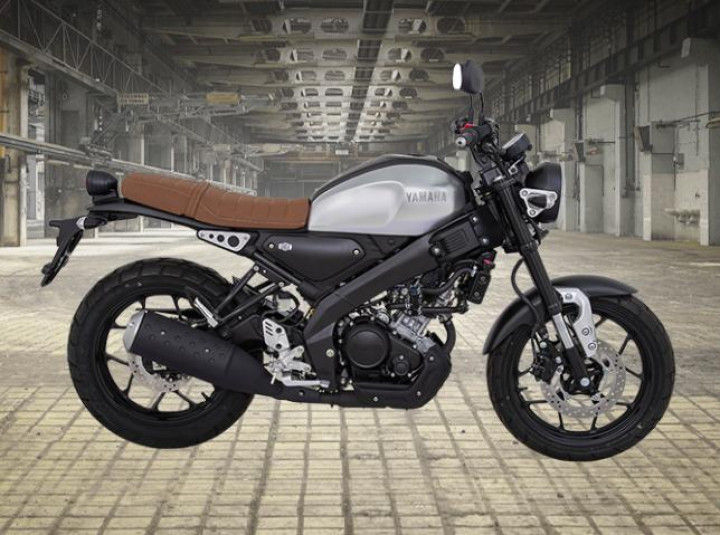 If Yamaha were to launch the bike in India, the biggest advantage would be the part sharing. That’s because the Yamaha XSR 155 is based on the same versatile platform that gave birth to the Yamaha R15 Version 3.0 faired bike, the MT-15 streetfighter and even the WR 155 R dual-purpose motorcycle. Sure, the WR 155 R may use a different frame to suit its off-road credentials but the R15 V3.0, MT-15 as well as the XSR155 share the same Deltabox frame.

But more importantly, all the three motorcycles share the same 155cc single-cylinder liquid-cooled engine with Variable Valve Actuation (VVA) technology. In the India-spec Yamaha R15 and the MT-15, this motor churns out 18.6PS and 18.5PS respectively. The peak torque stands at 14.1Nm for the R15 and 13.9Nm for the MT-15. On the other hand, the Indonesian-spec Yamaha XSR155 produces 19.3PS and 14.7Nm.

Having so many common components ensures the brand does not have to invest in new component manufacturing. That means, making this motorcycle here is quite possible as it is a lot less resource intensive.

As mentioned before, the small capacity retro motorcycle segment is currently dominated by Royal Enfield. Sure Jawa entered the fray but it didn’t quite capture the customers' fancy as expected. While the recently launched Benelli Imperiale seems to be promising, its high kerb weight of 205kg might put off a lot of riders. What the current market in India lacks is a lightweight retro motorcycle that packs satisfying levels of performance and reliability. The Yamaha XSR 155 ticks all the right boxes in this case.

While the Yamaha R15 and the MT-15 are built for a specific set of audiences seeking performance and aggressive looks, the retro XSR 155 will appeal to a wider set of customers for its nostalgic looks and easy-going ergonomics. It is also versatile enough to do everyday commute and weekend getaways with aplomb.

Why the same international-spec bike might not come to India:

You might think it’s easy to simply replicate the international-spec version in the Indian market. But that’s not as easy as it sounds. One of the reasons is that doing so will drive up the cost of the motorcycle, especially considering it has modern bits like an inverted fork and aluminium swingarm. Moreover, Indian market is especially price sensitive, so it would bode well for Yamaha to compromise on certain aspects to keep the costs competitive.

Like the Yamaha MT-15, the India-spec XSR 155 could also get a telescopic front fork instead of an inverted unit. It might also get a traditional box-section swingarm instead of the aluminium unit in the international-spec bike. Given that the XSR 155 is a pretty laidback motorcycle, these changes might not necessarily be deal-breakers.

Another important change will likely be in the powerplant department. Due to the strict emission norms in our country, expect this neo-retro bike to have similar power and torque figures as the India-spec MT-15 (18.5PS, 13.9Nm). Also, for added safety, the India-spec XSR 155 will likely be equipped with a dual-channel ABS as standard.

The Yamaha XSR 155’s build quality certainly seems more premium compared to the MT-15 thanks to the tear-drop shaped fuel tank, ribbed leather seat cover, XSR branding on the headlamps and circular negative LCD instrument cluster. Hence, it is likely that the bike will be slotted between the affordable MT-15 and the sporty and premium R15 Version 3.0. While the MT-15 retails at Rs 1,38,900 and the R15 at Rs 1,46,900 (both ex-showroom Delhi), expect the XSR 155 to be priced around Rs 1.42 lakh (ex-showroom) in India.

This would make it stand squarely against the legendary Royal Enfield Bullet 350 ES (Rs 1,39,949, ex-Delhi). To give you a perspective, the Indonesian-spec model costs IDR 36,580,000, which is around Rs 1.85 lakh (on-road, Jakarta). Considering the coronavirus pandemic, expect Yamaha to launch the motorcycle in early 2021.

All in all, the Yamaha XSR 155 seems to be promising enough, both in terms of mechanicals and features, to be Yamaha’s next cash cow. Do let us know what you think in the comments.