The EV has been tested, teased as well as spied around the country. 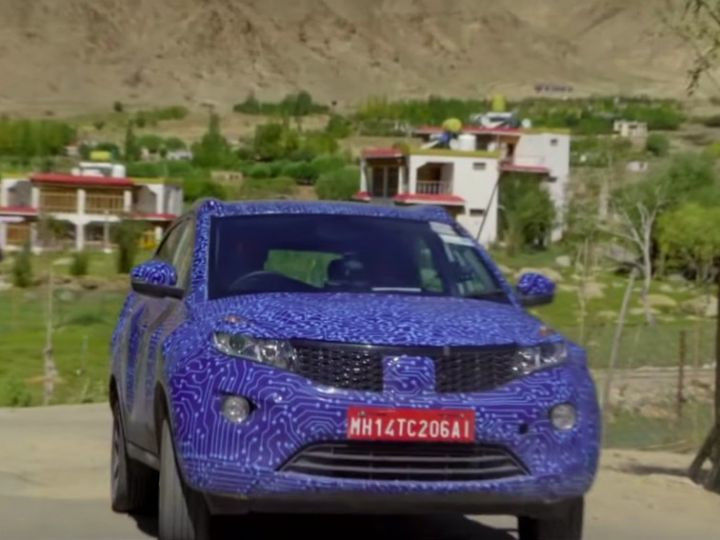 As Tata Motors prepares to kick off a month of car launches and unveils starting with the Altroz, the carmaker has announced that the Nexon EV will debut on December 17.  The Nexon EV has been under a long period of preparation with tests , campaigns as well as spy shots. It is expected to launch at the 2020 Auto Expo along side the facelifted fossil-fueled Nexon.

*Image used is a representative rendering

The Nexon we saw in spy images had a blue camo draved all over it, hiding intricate details. It also shares similar design traits with the internal combustion engine Nexon. In its production guise, it could feature some upgrades from the upcoming non-electric Nexon facelift that has also been spied testing. The carryover parts could include a Harrier-esque grille with revised projector headlamps and new DRLs. Other changes are likely to be  a new set of alloy wheels as well as minor changes to the rear end.

Interiors are yet to be fully revealed, but spy shots of the Nexon facelift reveal a Harrier-esque semi-digital instrument cluster. It also gets the steering-wheel from the Tata Altroz. Expect features like cruise control, a colour multi-info display as well as automatic headlamps to be offered in the facelift as well as the electrified Nexon.

Under the hood, the Nexon EV will be the first model to debut the carmaker’s Ziptron powertrain. It comprises of a permanent magnet AC motor juiced up by an IP67-rated dust and waterproof battery pack. While Tata is yet to reveal detailed technical specifications we expect it to offer a real-world range of 300km. Tata Motors has also claimed that they’ve tested the new powertrain for more than one million km.

Other than the Nexon EV, Tata Motors is also preparing its charging infrastructure ahead of the launch. Tata currently has 85 chargers across 13 cities, with plans to have 300 chargers across five metro cities: Mumbai, Delhi, Pune, Bengaluru and Hyderabad. At launch, expect a price range between Rs 15 lakh to Rs 17 lakh (ex-showroom). Once launched, will take on the likes of the upcoming Mahindra XUV300 electric.