All The Car Launches And Reveals In December 2019 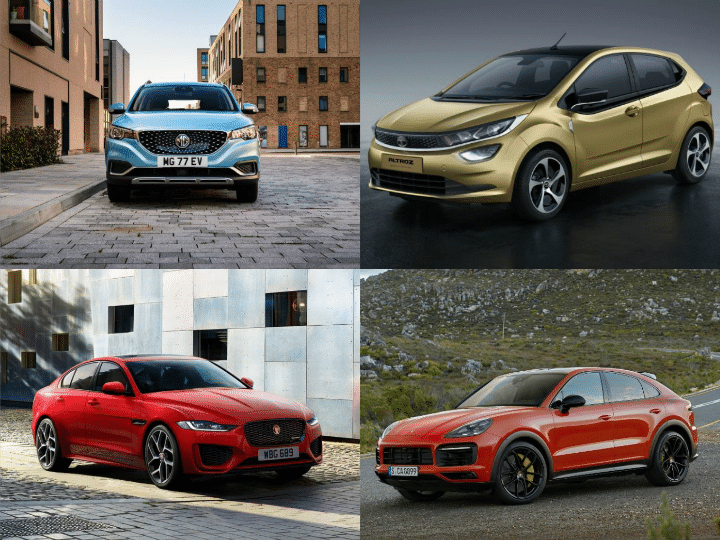 As the year draws to a close, much of the focus from carmakers is moving towards the coming year, especially in preparation for the Auto Expo 2020. However, the month of December will see a plethora of new car launches and debuts in India - majorly of SUVs, followed by EVs and sedans. Here’s a look at all the launches and unveils from manufacturers like Audi, Jaguar, MG Motors, Porsche, Tata and Mercedes-Benz slated for December 2019.

Kicking off a slew of launches is the arrival of the facelifted Mercedes GLC SUV on December 3. This is 8 months after its international debut at the 2019 Geneva International Motor Show. It gets minor cosmetic changes, updated tech and new engine options. The India-spec GLC is expected to be powered by BS6-compliant 2.0-litre diesel and petrol options. Expect it to be priced at a premium compared to its predecessor’s Rs 52.12 lakh to 78.03 lakh (ex-showroom) price range. The new GLC will rekindle its rivalry with the likes of the BMW X3, Audi Q5 and Volvo XC60.

Tata Motors will unveil the much anticipated Altroz premium hatchback on December 3. The first Altroz has already rolled out from the carmaker’s Pune plant. Previous spy shots reveal similarities to the concept shown at the Auto Expo 2018.  It is likely to be loaded with features like ambient lighting, a digital multi-info display, cruise control, and automatic headlamps. Under the hood, it could be powered by BS6-compliant petrol and diesel engines. Tata will launch the Altroz by January 2020 with an expected price range between Rs 5.5 lakh and 8.5 lakh. Once launched, it will take on bestsellers like the Maruti Suzuki Baleno and Hyundai Elite i20.

The next international model coming to India is the updated Jaguar XE sedan on December 4. The facelifted sports sedan will feature a host of cosmetic changes that include a lower and wider stance topped by more muscular bodywork. The interiors will also feature some modern upgrades like two screens on the centre console -- one wide infotainment display and one between the two climate control dials. A digital display will also replace traditional dials in the instrument cluster. It could receive the new P300 Ingenium petrol motor along with adaptive suspension. Prices have not been announced yet, but are expected to be higher than the current model’s Rs 40.61 lakh to Rs 47 lakh price range.

MG Motor’s second SUV for India will be the ZS EV, slated to debut on December 5. It will be powered by an all-electric motor that produces 150PS and 350Nm, drawing juice from a 45.2kWh battery. All of this helps the electric SUV get a range of 428km on a single charge (NEDC claimed). Highlights include connected car tech, single-zone climate control with PM 2.5 AC filter, an 8-inch infotainment system, Android Auto and Apple CarPlay, as well as a multi-info display. The ZS EV will launch in January 2020 across five cities initially: Delhi-NCR, Hyderabad, Mumbai, Ahmedabad and Bengaluru. Select dealers have already started accepting bookings for a token of Rs 50,000.

Back in July when Porsche launched the facelifted Macan in India, they had also hinted about bringing the Taycan and Cayenne Coupe here. Well, it’s official now that it will reach Indian shores on December 13. The Cayenne Coupe differs over the standard Cayenne via a 20mm lower roofline. Interiors remain identical between the two. Other gains include the Porsche connect app, Bose/Burmester sound system, adaptive air suspension, Porsche Active Suspension Management (PASM), rear axle steering, and Porsche Traction Management (PTM). It will be offered in two versions: base Cayenne coupe with a V6 and the Cayenne Coupe Turbo with a V8. The Cayenne Coupe is likely to be priced around Rs 1.4 crore to Rs 2 crore (ex-showroom India). Once launched, it could take on the likes of the BMW X6 and the Mercedes-Benz GLE Coupe.

Aside from the Altroz, Tata will debut the electrified version of the Nexon SUV on December 16.  The SUV has gone through extensive teasers, campaigns as well as testing in the country. The Nexon EV is expected to take some design cues from the upcoming facelift of the internal combustion engine Nexon. This includes a Harrier-eque grille as well as interior revisions. It will be the first model to debut the carmaker’s Ziptron powertrain, which consists of a permanent magnet AC motor paired with an IP67-rated dust- and waterproof battery pack. Technical specifications are yet to be revealed, but we expect it to offer a real-world range of 300km.  Post the unveil,the Nexon EV is slated for a launch at the Auto Expo 2020 alongside the Nexon facelift. It is likely to come at a price range of Rs 15 lakh to Rs 17 lakh (ex-showroom), rivaling the likes of the upcoming Mahindra XUV300 electric.

Next on the list is the unveil of Hyundai Aura compact sedan on December 19, 2019, and we couldn’t be more excited. It will replace the Hyundai Xcent replacement, get the BS6 petrol engine from the Nios and a BS6 avatar of the 1.2-litre diesel mill. Aside from this, the Aura will also get a BS6 compliant engine from the Hyundai Venue compact SUV. Once launched, the Aura is bound to be pricier than the Rs 5.81-8.70 lakh Xcent. Expect the Aura to take on the likes of the Maruti Suzuki Dzire, Honda Amaze and Volkswagen Ameo.

Just a month after Audi launched the 2019 A6 sedan in India, the carmaker will launch the 2019 A8 sedan sometime this month. On the outside, the new A8 gets sharper looks than its predecessor as well as connected LED tail lamps and LED light bar. Interiors will also get an upgrade with the cluster of buttons and floating infotainment display being replaced by twin touchscreen units to take care of infotainment and climate control duties. We expect Audi to offer an aircraft-style rear seat lounge on the A8 as standard. Under the hood, the A8 could get 3.0-litre petrol and diesel powertrain options similar to the model sold abroad. The 2020 A8 is likely to be priced at a premium over its predecessor’s Rs. 1.09 crore price tag before it was discontinued back in May this year.