MG is offering the base variant of the ZS EV for Rs 19.88 lakh to customers who booked the car before January 17 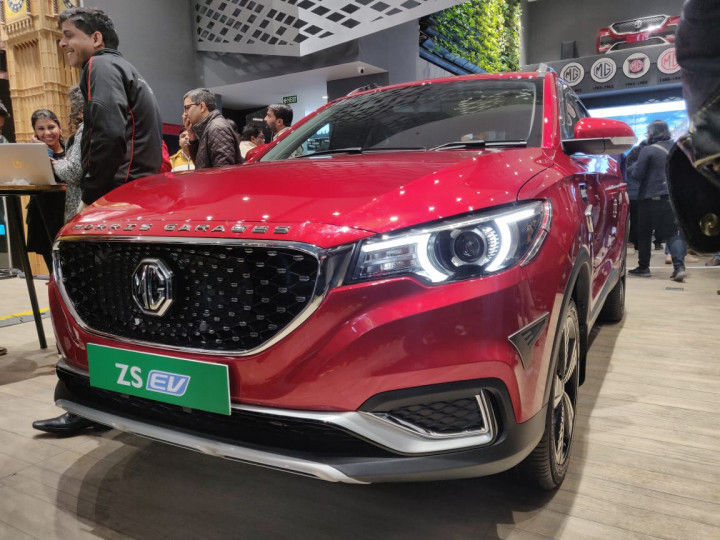 MG Motor India has finally launched the ZS EV at Rs 20.88 lakh (ex-showroom). The ZS EV has racked up more than 2,800 bookings in India, which is impressive considering it's MG's first electric vehicle in the country. Morris Garages is offering the ZS EV for Rs 19.88 lakh to customers who have made bookings before January 17. The ZS EV will be available in two variants: Excite and Exclusive. Here's a detailed variant-wise price list:

MG has priced the ZS EV aggressively, undercutting its sole rival, the Kona Electric, by Rs 14,000 vis-a-vis in its top-spec variant. (Kona’s price is Rs 23.72 lakh for reference).

Currently, the ZS EV is only available in five cities: Delhi-NCR, Hyderabad, Mumbai, Ahmedabad and Bengaluru. MG has also installed DC fast chargers at its dealerships in these cities. And fret not if the dealership isn't on your commute -- MG has also stated that it will install a charger at your residence for free if you decide to buy the ZS EV.

The ZS EV’s main draw is its SUV-like styling. It looks familiar thanks to its large chrome-studded grille and LED projector headlamps which takes design inspiration from the London Eye. Highlights at the side include a sharp shoulder line that runs through the profile, and 17-inch dual-tone alloy wheels. At the rear, the ZS EV comes with split LED tail lamps inspired by the Ursa Major constellation.

Inside, the ZS EV comes with a simple and straightforward dashboard design. Unlike the Hector, it comes with a smaller infotainment system and physical air-con control knobs.

In terms of features, highlights in the base Excite variant includes:

The ZS EV develops 143PS and 353Nm of torque from an electric motor which gets its juice from an IP67 rated 44.5kWh battery pack. These figures help the ZS EV reach 100kmph in 8.5 seconds while also providing a range of 340km (claimed). MG has also equipped the ZS EV with fast charging capabilities. It takes around 50 minutes to go from 0-80 percent using a DC fast charger. Meanwhile, a normal 7.4kWhm wall box charger will take anywhere between 6 to 8 hours.

The ZS EV’s primary rival is the Hyundai Kona Electric. It also competes with the Tata Nexon EV that’s set to be launched on January 28.