MG ZS EV Finds 150 Takers Since Its Launch In India

MG has also received more than 3,000 bookings for the ZS EV! 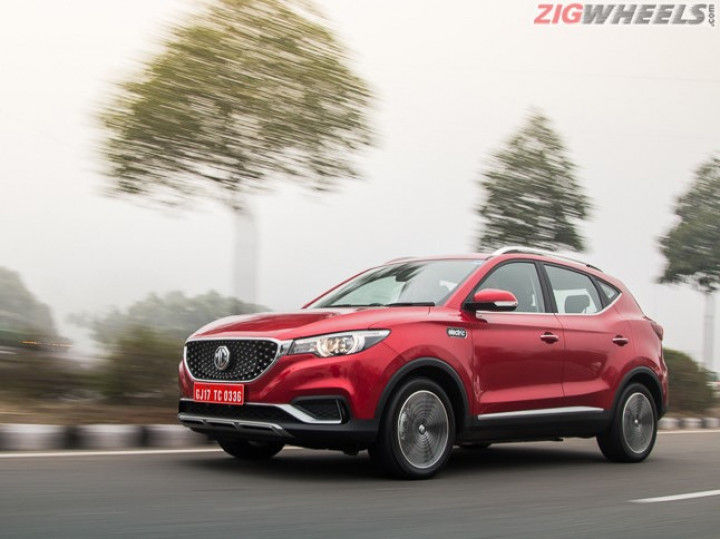 MG started its operations in India with the Hector, followed by the all-electric ZS EV. Launched on January 23 at a starting price of Rs 20.88 lakh, the ZS EV’s arch foe in India is the Hyundai Kona Electric. Now, the British marquee has announced that the ZS EV has garnered over 3,000 bookings, more than the total monthly EV sales in India! Moreover, MG has already sold 150 units of the ZS EV.

Commenting on the sales, Director – Sales of MG Motor India, Rakesh Sidana, said, “The MG ZS EV has received a stupendous response in its debut month, with over 150 units delivered to our customers already.”

The ZS EV packs a floor-mounted 44.5kWh battery pack that powers an electric motor good enough for 143PS and 353Nm. MG claims a real-world range of 340km in a single charge. The SUV packs a host of features and comes with a fast charger that enables it to charge up from 0-80 per cent in 50 minutes. The MG ZS EV is priced from Rs 20.88 lakh to Rs 23.58 lakh.

MG ZS EV off to a flying start; retails cross 150 units in its debut month.

New Delhi, March 1, 2020: MG Motor India today announced that it has recorded a total retail sale of 1376 units in February 2020. This includes 158 units of ZS EV, the carmaker’s latest India product and the country’s first pure electric internet SUV, representing a strong demand for cutting-edge EVs in India. The ZS EV was launched at an introductory price of INR 20.88 lakhs (ex-showroom, New Delhi) and has already received 3,000 bookings till date – outpacing the total number of EV cars sold in India in 2019.

Commenting on the sales performance during the month, Rakesh Sidana, Director – Sales, MG Motor India, said, “The MG ZS EV has received a stupendous response in its debut month, with over 150 units delivered to our customers already. Our customers are delighted with our holistic EV approach, which includes the installation of a home or office charger even before they receive their vehicle. We will continue to focus on furthering the cause of EVs month-on-month and delivering superlative customer delight to our customers.” he added.

“Meanwhile, the unforeseen coronavirus outbreak has severely affected our European and Chinese supply chains, disrupting our production and impacting our sales in February and will continue through March. We are working towards stabilising the situation and are hopeful that reasonable normalcy will be restored by the end of March,” he added.

MG Motor India currently has 206 centers across India and aims to further strengthen its Network to 250 centers by the end of March 2020. MG Hector has emerged as the segment leader in the C-SUV segment, with nearly 20,000 units sold in the last 8 months since its India launch. Bookings for the Hector, India’s first internet car, have crossed 50,000 units.