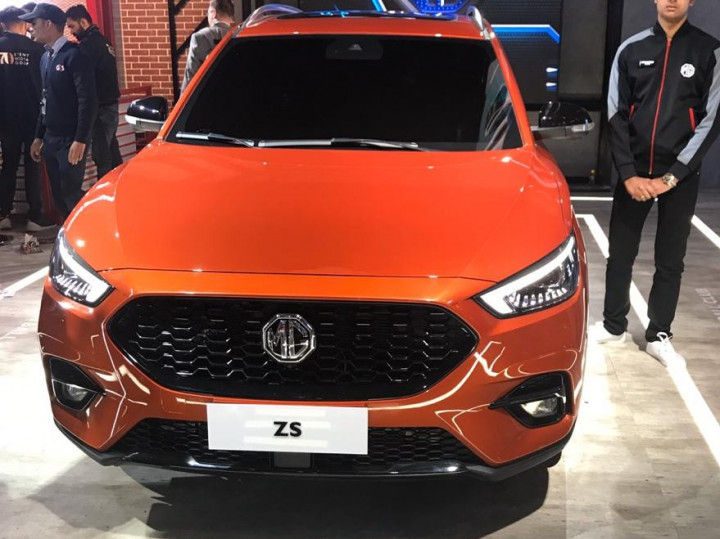 MG Motor’s initial assault in the Indian market, starting with the Hector and the ZS EV SUV, has largely been positive. And now, the carmaker has revealed the internal combustion engine iteration of the electrified ZS SUV at Auto Expo 2020. This bucks the trend of carmakers introducing ICE models before bringing in their electrified iterations. Here’s what’s different in the ZS SUV:

On the outside, the MG ZS comes with new design elements like sharper projector headlamps, redesigned LED DRLs, a gloss black MG grille, and sharper LED taillamps. Even the 17-inch alloy wheels feature a sportier design.

The ZS SUV comes loaded with features like front and rear driver’s touch power windows, cruise control, a 6-speaker sound system, as well as an 8-inch touchscreen infotainment system with Apple CarPlay and Android Auto. Other bits consist of in-car navigation and a rear parking camera. Safety equipment on offer are ABS+EBD; front, side and rear airbags, ESP, and hill launch assist.

The main difference in the ZS SUV is what’s under the hood. It is powered by two petrol engines. The first petrol mill is a 1.5-litre naturally aspirated motor that produces  120PS and 150Nm. The other petrol option is a 1.3-litre turbocharged engine putting out 163PS and 230nm. Transmission options include a 5-speed manual, CVT, and 6-speed automatic gearbox.

While there is no confirmed launch date for the MG ZS SUV, we expect it to hit Indian showrooms later this year. Expect it to be a tad cheaper than the all-electric ZS, which starts at Rs 23.71 lakh (ex-showroom India).