The New Mercedes V-Class Marco Polo Is A Luxury Campervan 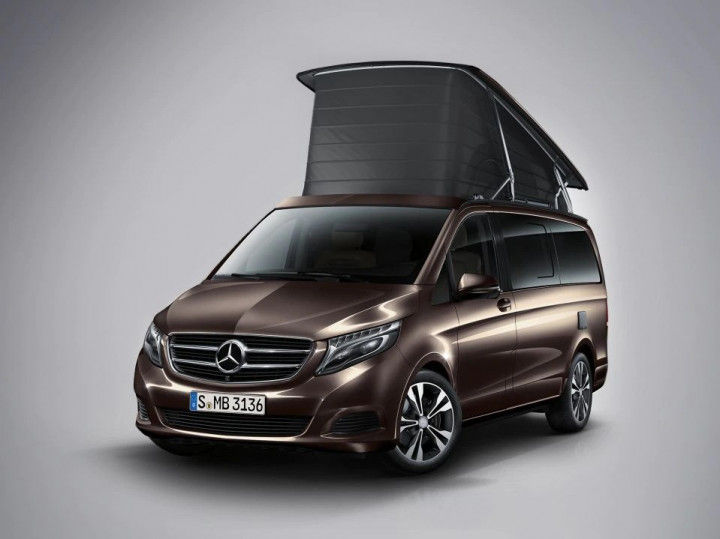 The Marco Polo variant is available internationally in 5- and 4-seater variants. The former gives you a three-seater couch with a bed extender. The latter gets you a slightly smaller bed but adds a kitchenette complete with a stove, mini-refrigerator, foldout table, inlet for water, and an auxiliary power plug.

Both front seats can be swivelled to face backwards. A pop-up roof holds a tent, which can be electrically adjusted to make room for two bedchambers. Although both the extra-long wheelbase and long-wheelbase models are available in India, the Marco Polo is likely to be the long-wheelbase model.

India’s first campervan will have a host of connected car features as part of the Mercedes Me app. For one, you’ll be able to control the ambient lighting from your phone. The V-Class also features Mercedes-Benz User Experience (MBUX) infotainment system.

The India-spec Marco Polo is likely to be powered by the same BS6 2.0-litre engine found under the bonnet of the V-Class. It makes 163PS of power and 380Nm of torque and is likely to be mated to the 9G-Tronic automatic transmission.

Once launched, the Mercedes V-Class Marco Polo will be the first OEM-spec luxury campervan in India. We hope to see more lifestyle vehicles make an appearance in our country and its national park campsites.