It packs a 4.0-litre V8 producing a massive 639PS and 900Nm of earth-twisting torque 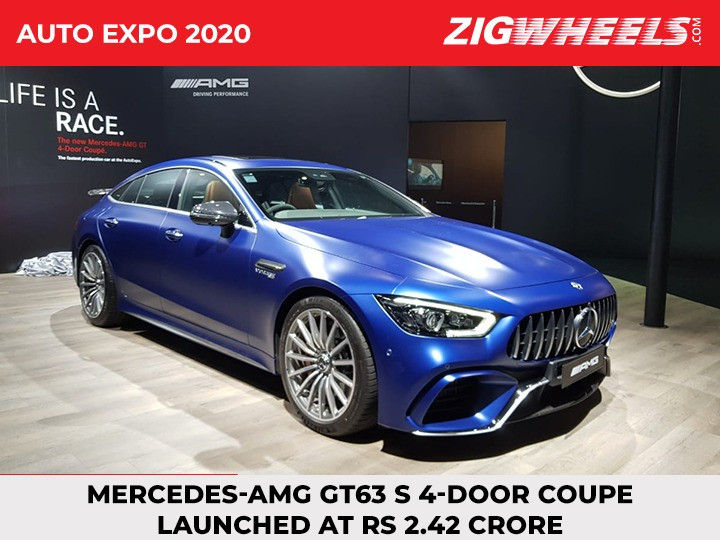 AMG sedans have always been the epitome of evilness but the GT 63 S 4-door coupe takes it to another level. The fastest 4-door sedan in the world (if you chose to ignore the Jaguar Project 8) has launched in India at the 15th edition of the Auto Expo for a starting price of Rs 2.42 crore (ex-showroom India). Mercedes-Benz has brought in a variation of showcases including sedans, SUVs, EVs, and even a friggin copter! But the GT 63 S is undoubtedly the fastest car from Mercedes’ stall and even the whole expo floor!

It is the sedan that eats supercars for breakfast and gives nightmares to even a couple of hypercars out there. It can do all of this while seating 4 adults and carrying a boot full of luggage. All of this is a walk in the park thanks to a 4.0-litre twin-turbo V8 pushing out 639PS and 900Nm to all four wheels via Mercedes’ 4MATIC. Also helping the sedan put down all these numbers without lighting its rear wheels is the 9-speed automatic gearbox.

If numbers are your thing, the GT 63 S lets you hit 100kmph in 3.2 seconds and provided you have the cojones, it can reach 315kmph. Apart from all this, the GT 63 S also packs some clever tech such as rear-wheel steering, active rear wing, and an electronic locking rear differential.

The styling of the GT 63 S might not be to everyone’s taste. It is not as pretty looking as the W204 C63 AMG or as outrageous as the 190E EVO II of the yesteryears. The cabin is unmistakably Mercedes with a retro touch and a dual-screen infotainment/instrument cluster. We still can't get over the fact that this 4-door sedan with a classy cabin can shame some supercars if provoked. It was also the fastest 4-door sedan to lap the famed Nurburgring (7:25.41), only to be beaten by the even more mental limited-production Jaguar XE SV Project 8.

Other Mercedes-AMG models at the expo are the A35 sedan, the C43 Coupe, and the badass G 63 AMG.