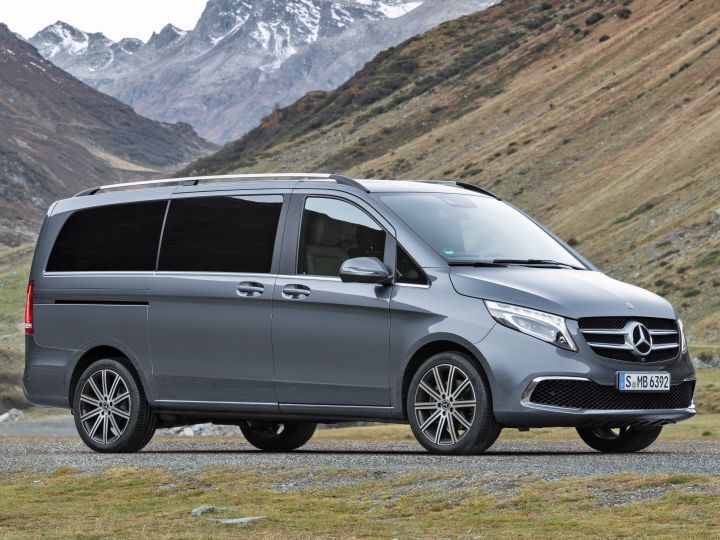 Mercedes-Benz India launched the V-Class back in January 24, 2019, in two variants:  a long-wheelbase 6-seater Exclusive and a 7-seater extra-long-wheelbase Expression. Now though, the German carmaker is readying the V-Class Elite for launch on November 7. The Elite is essentially the range-topping variant of the V-Class. We expect Mercedes-Benz to bring in the updated V-Class that was globally unveiled some months back. Expected to be priced close to Rs 90 lakh, the V-Class Elite is likely to be offered in both the long and extra-long wheelbase options in India. Up until now, the V-Class was the only luxury MPV in India but that is set to change with the Toyota Vellfire coming in soon.

The updated V-Class gets a slightly different grille and a revised bumper design to the version sold here. The cabin also sees some updates in the form of new trim inserts, aircon vents,  a bigger infotainment system and rear seats, which get optional full reclining and massaging functions. The above mentioned changes along with a new alloy wheel design are the only novel non-mechanical bits in the facelifted V-Class, which debuted globally in February 2019.

It’s unclear as to which seating option Mercedes is considering for the V-Class Elite in India. Globally, it ranges from a 4-seater to an 8-seater while the existing pre-facelift V-Class in India is available in the 6-seater (Exclusive) and 7-seater (Expression) guise. The biggest change that came with the facelifted V-Class though was the inclusion of a new diesel mill. The 2.0-litre four-cylinder diesel engine is offered in two states of tune: V 250 d and V 300 d.  The V250 produces 190PS/440Nm and the V 300 d puts out 239PS/500Nm. Whether Mercedes will offer the new powerplant or continue to use the existing BS6-compliant 2.1-litre diesel engine capable of 163PS/380Nm is yet to be seen.