The upcoming Mahindra will have the torquiest engines in its class, with the diesel motor making 300Nm and the petrol churning out 200Nm 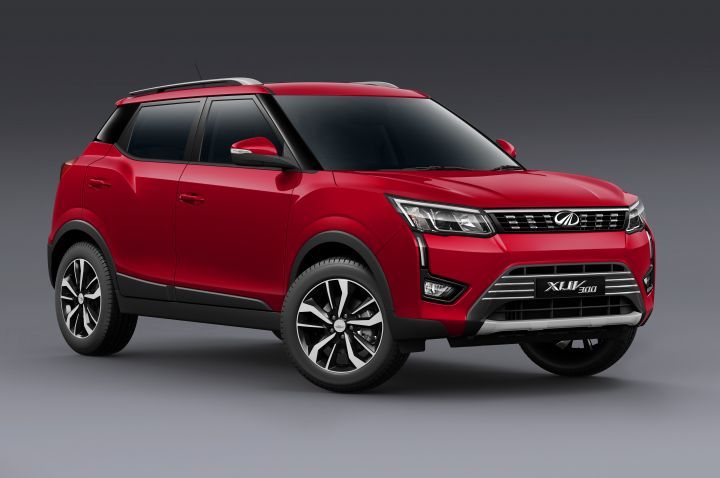 Mahindra’s new XUV300 is all set to launch in February. And after unofficial bookings commenced last month, Mahindra has now officially opened bookings for the upcoming Vitara Brezza and Tata Nexon rival. It can be booked for an amount of Rs 11,000.

The XUV300 has created quite a buzz in the market and easily ranks among one of the most anticipated launches of the year. We already know that it will have the longest wheelbase in its segment and perhaps the most spacious cabin too. And now, Mahindra has revealed that it will be available in four variants: W4, W6, W8 & W8 (O).

Mahindra has also revealed that the XUV300 will come with segment-first features such as seven airbags, dual-zone automatic climate control, all-four disc brakes and front parking sensors. Features like airbags, ABS, disc brakes on all four wheels, a 6-speed transmission and LED tail lamps will be standard across all variants.

Additionally, what could make the new XUV300 stand apart from its competition is the fact that it will come with the torquiest engine in the segment. Mahindra has revealed that the 1.5-litre diesel engine of the XUV300 makes 300Nm as compared to the 200Nm output of the Vitara Brezza and 260Nm of the Tata Nexon. The XUV300 will be offered with both diesel and petrol engines. And while Mahindra hasn’t confirmed it yet, we expect it to get the 1.5-litre diesel unit borrowed from the Marazzo (121PS/300Nm). As for the petrol engine, it will likely feature a 1.2-litre turbocharged petrol motor, which is being co-developed with SsangYong. Mahindra has also confirmed that the petrol motor would make 200Nm.

Likely to be priced in the Rs 8 lakh to Rs 12 lakh range, the XUV300 could create a stir in the compact SUV segment currently dominated by the Vitara Brezza. What remains to be seen now is how aggressively would Mahindra price the baby XUV, given that it is slightly late to the compact SUV bandwagon in India.
Also read: New Maruti WagonR Launch On January 23, Same Day As Tata Harrier